The strength of Cornwall’s public sector and investment in training and education could be key to the county riding out the recession, said a leading light in British industry in Falmouth on Monday.

Richard Lambert, director general of the Confederation of British Industry (CBI), spoke to a packed auditorium at the 175th Anniversary Lecture of the Royal Cornwall Polytechnic Society.

But the CBI chief, leader of one of the most influential business organisations outside of the government, warned that the next few months for Cornwall ‘would not be comfortable’.

Mr Lambert, an ex-editor of the Financial Times and former member of the Bank of England Monetary Policy Committee that sets the interest rate for Sterling, said that Convergence funding would help the county build the structure for post-recession recovery – particularly in terms of training and education.

“We haven’t been in such as situation since the early 90s,” he explained, “For a lot of people this is the first experience of an economic slowdown and it’s uncomfortable and worrying.

“My impression is that Cornwall is much like the rest of the United Kingdom in that a number of small and medium-sized firms are having difficulty getting the finance they need just for their day-to-day business and that’s very worrying. It is the result of this great credit shock that’s affecting us all.”

But, speaking to an enthusiastic house at the Royal Cornwall Polytechnic Hall in Falmouth, he was positive about the ability of the Cornish economy to recover.

“The economy here does have some strengths,” he explained, “the public sector is quite large – possibly about a third – and that’s a stable and supportive place to be just now. You also have the benefit of Convergence funding that is helping in many areas around the county.

“But there’s no beating around the bush – the next few months in the country as a whole and, I’m afraid here in Cornwall, are going to be not a comfortable time.”

Comparing the current financial climate to previous recessions, Lambert said it would be inaccurate to draw comparisons to the deep recession of the 1920s and that it would probably rank somewhere between the severity of the last two recessions.

Valuing the important work of the Cornwall Education Business Partnership and the pioneering work of the Polytechnic Society, Mr Lambert stressed the importance of training and education in developing the skills and confidence of young people and the need to take advantage of the opportunities that are emerging in the business community in Cornwall.

Keith Hambly-Staite, chairman of the Polytechnic Society, said: “To have over a 150 people including many of Cornwall’s movers and shakers and Richard Lambert, the director general of the CBI together to celebrate the 175th anniversary of the polytechnic society made for a great occasion.

“The society was founded to promote the talents of ordinary people and it was good to hear the strong message from the CBI that training and education were crucial to bringing out these talents and sustaining the confidence we need as we move through the recession.”

Lambert went on to warn businesses and industry leaders against talking themselves into a deeper recession, saying media speculation about the viability of individual banks was far from helpful.

He also advised that companies currently in negotiations with employees over short weeks and cutting worker hours was not as negative a sign as it might seem.

“Companies everywhere are facing a decline in demand for the products and services and a shortage of finance to keep activities going so lots of companies are looking at ways of cutting costs and they are negotiating with their employees to find ways of doing that.

“In previous recessions the first thing that has happened is everybody has been laid off, so the fact that these discussions are going on, and that employers and employees are having these kinds of negotiation, is a good thing.” 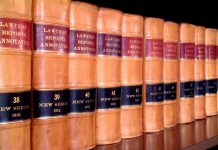