An £8 million expansion of Higher Education in Penzance as part of the Combined Universities in Cornwall initiative has had approval for £4 million from the ERDF (European Regional Development Fund) Convergence Programme and £2 million from the South West RDA.

The Principal of Truro and Penwith College, Mr Jonathan Burnett, stated: We are delighted at this news of £4 million of ERDF Convergence funding towards our project to develop Higher Education opportunities in West Cornwall.  This is a vital part of our overall redevelopment of the Penwith College campus which will have a massive impact on young people and adults in the west of the county. “

Carleen Kelemen, Director of the Convergence Partnership Office, said: “The Combined Universities in Cornwall is key to strengthening the economy throughout Cornwall and the Isles of Scilly for generations to come. This Penwith development, supported by ERDF Convergence and the RDA, will provide access to further opportunities for students, graduates and businesses.”

Professor Alan Livingston, Chair of the Combined Universities in Cornwall Executive Group, added: “The Combined Universities in Cornwall partnership has long recognised that more needs to be done to bring the benefits of university level education within easy reach of people and businesses in the far west of the county. This investment is a fitting reward for the vision and ambition that the Truro and Penwith College team has shown in its exciting plans for the Penzance campus.”

Sue Brownlow, Head of Higher and Further Education in the European programmes team at the South West RDA, said: “Investment in higher level skills is a key part of our strategy for transforming the economic performance of Cornwall.  This investment in Penzance, one of Cornwall’s key towns, is the first step in a bigger plan to make HE more accessible right across Cornwall and the Isles of Scilly.”

Plans include purpose built buildings with state of the art facilities as well as sympathetically restoring the old Girls Grammar School building and Treneere Manor. 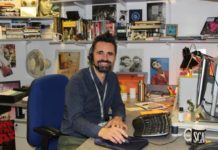 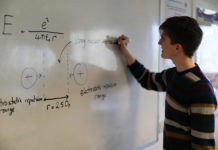