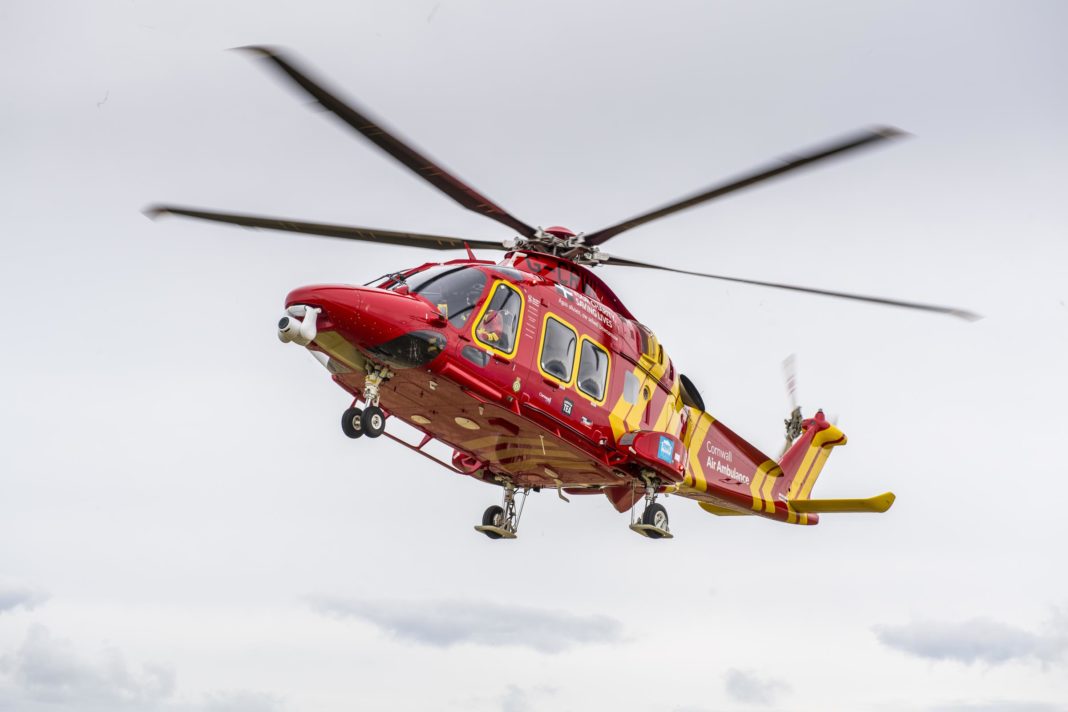 Latest figures from Cornwall Air Ambulance reveal that it was called out to 1,092 missions in 2021.

New figures released by the charity today (Jan 19) show the crew responded to 733 incidents in the helicopter and 359 in the rapid response vehicles.

Of these missions, 551 were to people injured in trauma-related incidents and 534 were in response to medical emergencies.

Throughout the year, the critical care team carried out a total of 12 blood transfusions at the scene of an incident.

Chief executive, Tim Bunting, said: “Mission numbers remained incredibly busy, despite the restrictions we had with the pandemic. This is the first year the charity has carried blood on board the aircraft, allowing the crew to administer lifesaving transfusions at the scene of an incident. It is amazing to see the difference it has made to patient outcomes, ensuring more seriously sick and injured patients can reach hospital for further treatment.

“Reaching hundreds of seriously sick and injured patients every year is only possible with the support of the people of Cornwall and the Isles of Scilly. Yet again our supporters have shown an immense love for Cornwall Air Ambulance through their incredible generosity, and I would like to thank each one of them for ensuring the helicopter keeps flying.”