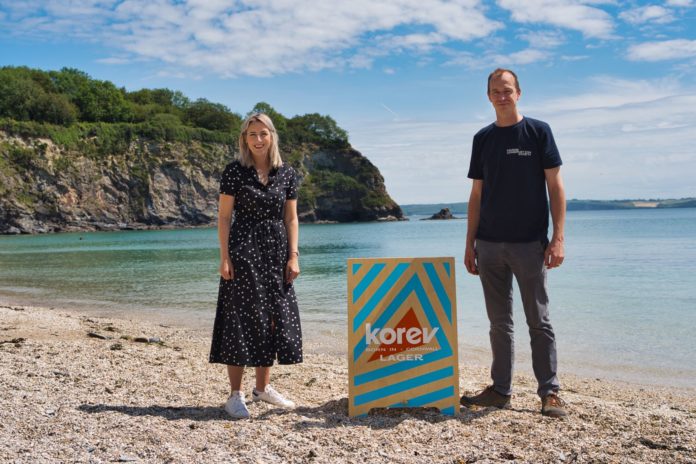 The Marine Conservation Society is a UK charity campaigning for a cleaner ocean. It tackles threats to habitats and species by working closely with communities and businesses, organising beach cleans and shaping government policy.

Korev will be supporting the charity’s Great British Beach Clean, a week-long event in September (17-26) where hundreds of beach cleans take place nationwide. The Marine Conservation Society logo will also be featuring on the lager’s 100% recyclable cardboard can packs soon.

In addition to the Korev partnership, the Marine Conservation Society has been named ‘Charity of the Year’ by St Austell Brewery’s Charitable Trust. The trust is funded by contributions from the brewery, as well as donations from customers and fundraising events held at its head offices, depots, and pubs. Since it was launched in 2003, it’s donated over £800k to charities and causes across the region.

Richard Roberts, corporate partnerships manager at Marine Conservation Society said: “We are delighted to be partnering with St Austell Brewery’s Korev lager and also thrilled to be named charity of the year by the St Austell Brewery Charitable Trust. We are excited to work together towards a cleaner, better-protected, healthier ocean. One we can all enjoy.”

Laura McKay, head of marketing for St Austell Brewery’s Beers & Brands, added: “We are proud to be playing a role in supporting the charity in its urgent mission for plastic free seas and helping raise awareness about the simple steps we can all take to protect our coastline.”