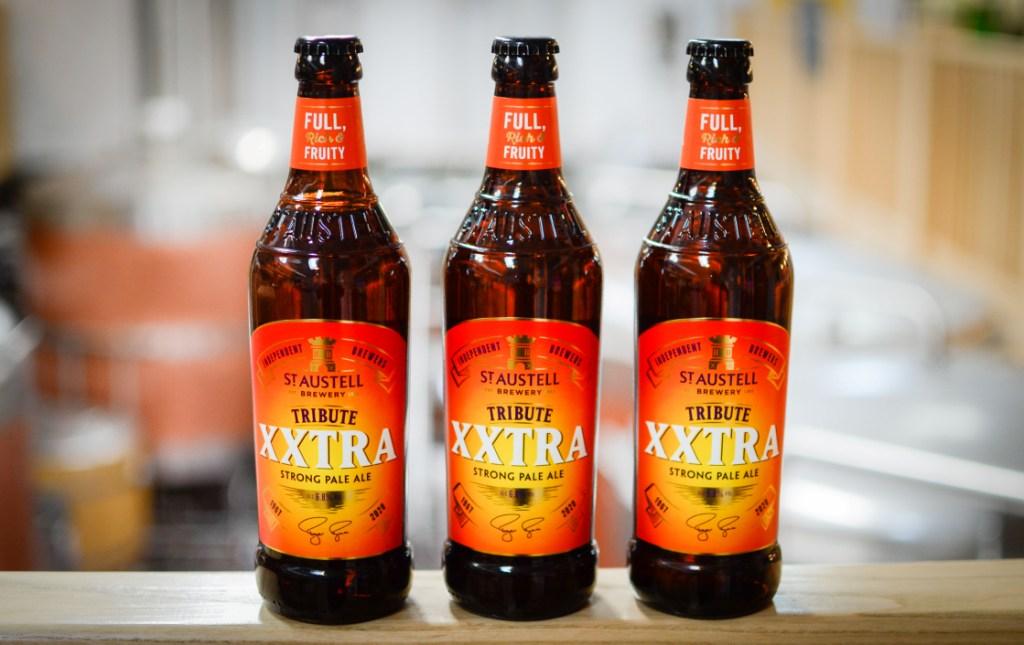 St Austell Brewery has released a limited-edition beer in honour of its former brewing director, Roger Ryman, who sadly passed away in May.

Tribute XXTRA (6.8% abv) is a special, stronger version of the south west’s famous pale ale – Tribute – Ryman’s first brew when he started at the brewery in 1999.

To celebrate Ryman’s legacy, St Austell Brewery is encouraging everybody to say ‘cheers to Roger’ at 6pm on Saturday November 28 – which would have been the date of the company’s 22nd Celtic Beer Festival. It is also calling for as many people to come together and raise their bottle of Tribute XXTRA as possible. The festival – which has been running for over 20 years – helps to raise essential funds for St Austell Brewery’s Charitable Trust. Over £250k has been raised from the event to date, since the Trust was founded in 2013.

Brewing director, Georgina Young, said: “Roger was an exceptional brewer and a great friend to all of us. We brewed Tribute XXTRA which has his signature on the label, as a mark of our respect to him and his wonderful beers.”