An inspiring mix of dance, song and sports talent from across Cornwall has been recognised in the latest round of grants from Young & Talented Cornwall, the Lord Lieutenant’s Fund.

The grants, totalling over £16k for this round of awards, will be used to fund travel, accommodation, equipment and entry fees.

Young & Talented Cornwall, The Lord Lieutenant’s Fund, supports exceptionally talented young Cornish people undertaking a range of activities including sport, the arts, science and music. The fund seeks to provide grants to the county’s brightest prospects who otherwise lack the means to pursue their dreams fully.

Colonel Edward Bolitho OBE, Lord Lieutenant of Cornwall, said: “The talent shown by our Cornish applicants was outstanding; they have already shown so much grit and determination to get to where they are today and it is all the more impressive in these especially challenging times.

“Our aim is to ensure that Cornwall’s future stars are given the opportunity to achieve their potential, regardless of financial means or background.  Congratulations to all our latest recipients; we are delighted to be supporting you and look forward to following your progress over the coming months and years.”

The latest recipients include: 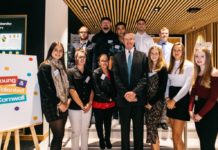