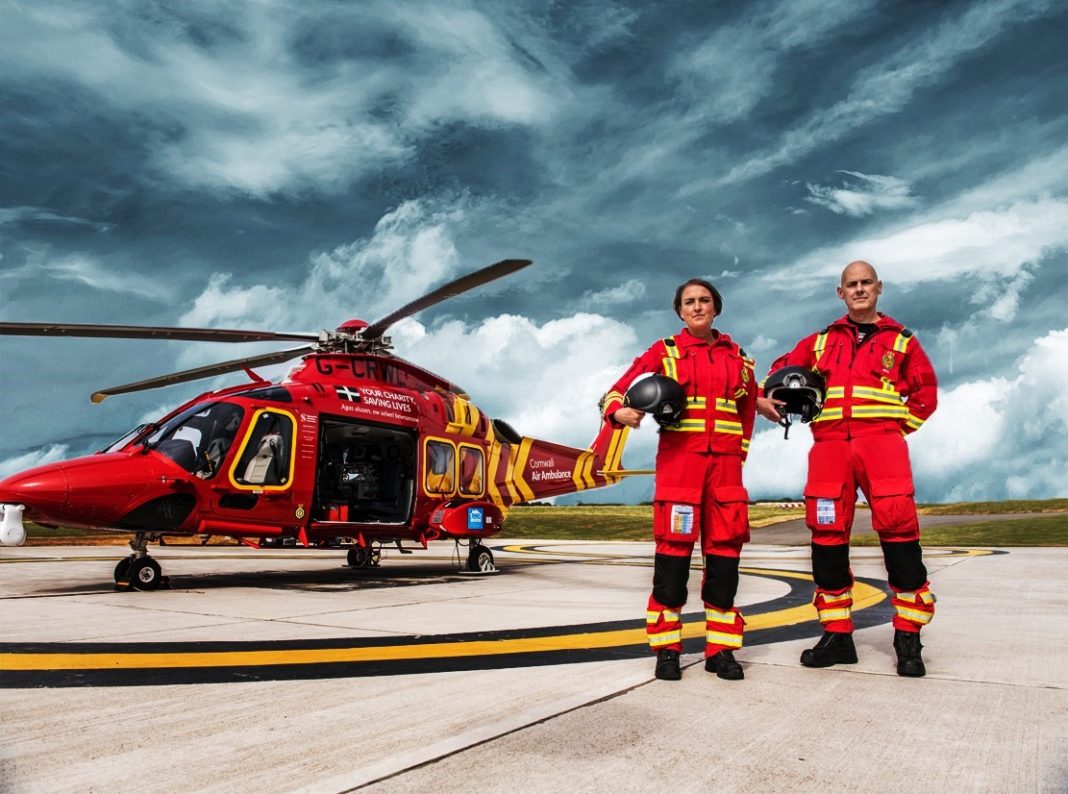 Cornwall Air Ambulance is set to feature in a new TV series to showcase its lifesaving work.

The ten-part documentary for Discovery will follow the charity’s critical care paramedics, doctors and pilots as they attend emergencies across Cornwall and the Isles of Scilly.

The series has been filmed over the summer months- the aircrew’s busiest season. It will show real life rescue situations and highlight the effect Covid-19 has had on the service this year.

Air operations officer Steve Garvey said: “We know many people see the helicopter out and about in the summer, we often land on beaches or on the moorland, but they don’t see what happens next. This documentary will give viewers a real insight into the type of incidents we attend across Cornwall and the Isles of Scilly. It will give our supporters, who fund this service, the chance to see where their money goes and exactly how they are helping to save lives.”

Wadebridge-based Beagle Media is behind the documentary, which involves a camera operator following the crew on daily shifts. Cameras fitted into the helicopter and special bodycams worn by paramedics help to capture different types of footage on scene.

Paula Martin, chief executive of Cornwall Air Ambulance, said: “What our critical care team does is amazing; they are there for people in their absolute moment of need, providing lifesaving emergency care.

“This year they have had an even greater challenge than normal responding to incidents during the Covid-19 pandemic. We are delighted that viewers across the country will be able to see this first-hand, to understand the difference Cornwall Air Ambulance makes to people’s lives and how important it is to support the charity. I think it’s going to be a very exciting watch.”

The series is due to air on Discovery’s Freeview digital TV channel Really in November.