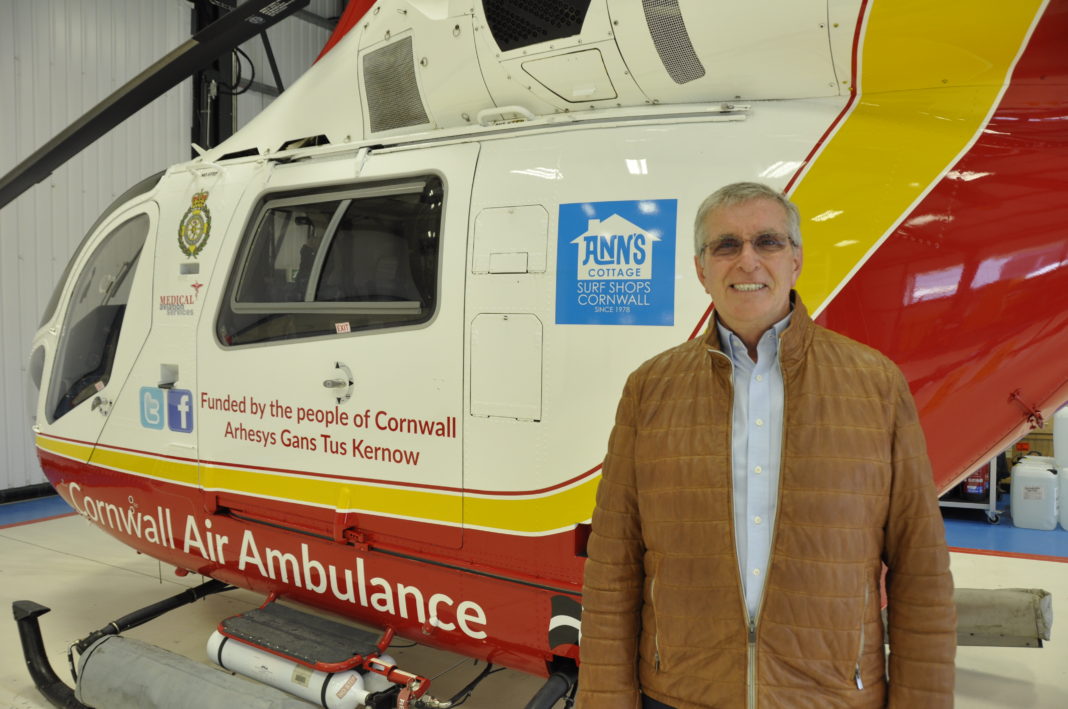 The owner of a major surf and lifestyle store in Cornwall is the latest person to join the Cornwall Air Ambulance team to help bring a next generation helicopter to Cornwall and the Isles of Scilly.

The voluntary role will see Harris work with businesses both in Cornwall and beyond to raise awareness of the £2.5 million New Heli Appeal and help bring new businesses on board to support the fundraising campaign.

Harris, along with his late wife Beverly, has supported the lifesaving charity since it started. They took an even greater role in supporting the service when their daughter was helped by the air ambulance crew following a serious road traffic accident. Sophie suffered life-threatening injuries and was airlifted to hospital in 2004.

He said: “I am very excited to support the New Heli Appeal. We’ve been major fundraisers for the charity since day one. I look forward to working with other businesses to get their support and helping the charity to continue its lifesaving work in the future.”

Along with sponsoring the two current MD902 Explorer helicopters for the past three years, Ann’s Cottage has pledged to continue its support when the new AW169 arrives in April 2020. To date, the company has donated over £80k to the charity.

Barbara Sharples, trustee and chair of the New Heli Appeal board, said: “I am delighted that Rob has agreed to support the charity even more by becoming a New Heli Appeal business ambassador. Rob is a very well-liked and respected businessman and we look forward to making new business connections with his support.”