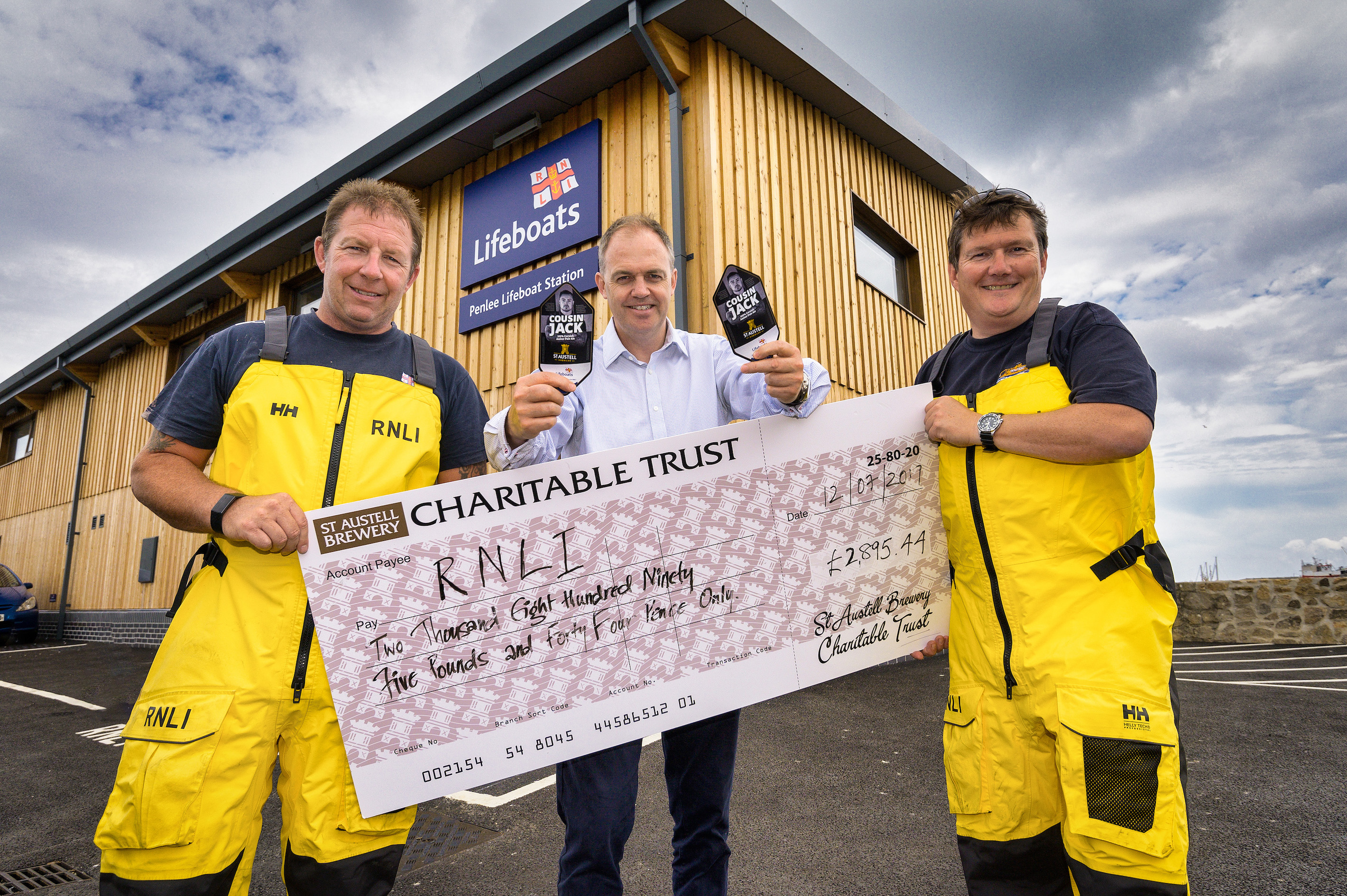 A charity beer named after Cornwall’s popular rugby export, Jack Nowell, has raised £14,257 for the Royal National Lifeboat Institution (RNLI) over the past three years.

Over 150,000 pints of Cousin Jack Ale have been bought since the first barrel rolled off the line in 2016, when Jack Nowell became an ambassador for the St Austell Brewery Charitable Trust.

The idea for the Ale came about because Jack’s father is a trawlerman and the family have had a close connection with their local Penlee RNLI lifeboat for many years.

The traditional Cornish Pale Ale has become available in January every year to coincide with the start of the Six Nations Rugby tournament, with 5p from every pint going to the RNLI – over 57,000 pints were sold during this year’s tournament alone.

RNLI Coxswain Patch Harvey said; ‘We are overwhelmed with the amazing amount of money raised through the sales of Cousin Jack. Our grateful thanks, and those of the RNLI, go to our close friend and loyal supporter Jack Nowell, and to the St Austell Brewery Charitable Trust. Donations such as this help the RNLI and our station in Newlyn to continue saving lives at sea – for that we are extremely grateful.”

Nowell said: “A big thank you to everyone who enjoyed a pint of Cousin Jack. It’s a great amount raised for the RNLI through the Charitable Trust.”