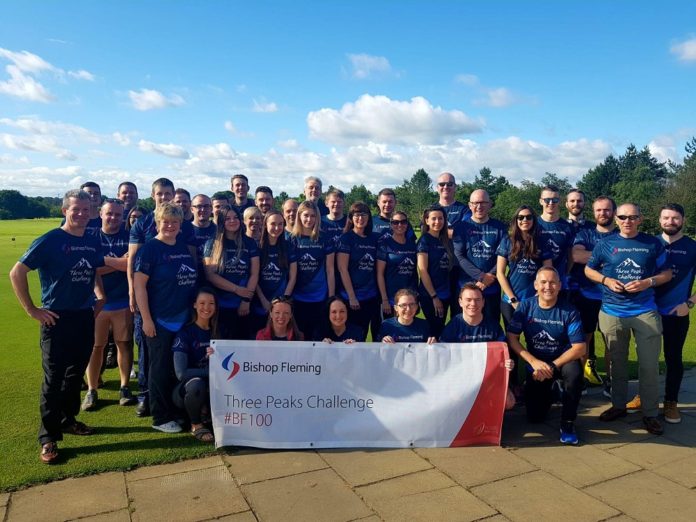 A group of 30 accountants scaled the heights of endurance in their successful attempt to climb a trio of mountain peaks in the space of just 24 hours.

Employees of Bishop Fleming Chartered Accountants raised over £22.5k as they completed the Three Peaks Challenge over the weekend.

The group, from across the firm, climbed Ben Nevis in Scotland, Scafell Pike in the Lake District and Snowdon in Wales, completing it within the 24-hour time slot.

The firm, which has seven offices across the south west and Midlands, is celebrating its centenary year and has pledged to raise £100k for charity.

Each Three Peaks team member have raised funds for their chosen charities and the total will be added to the firms overall fundraising pot. The money will then be shared out amongst several charities across the country at the end of the year.

The team left Bishop Fleming’s Exeter office on June 20 and travelled to Ben Nevis where they began their first climb at 5pm on June 21.

Travelling over 2,000 miles and walking a total of 40 kilometres with a climb of over 3,000 metres, all teams had completed the challenge by 5pm on June 22.

Rachael Hatton-Smooker, corporate and business services executive at Bishop Fleming, who helped organised the event said: “It has been a fantastic event and a terrific way for us to celebrate our centenary year. It has been a great opportunity to organise, from the initial idea to watching everyone come in after completing the challenge.

“All who took part, walkers and drivers, have put so much effort in and there has been an amazing sense of team sprit throughout the training and event itself. Taking part in the event as part of Bishop Fleming will be a treasured memory.” 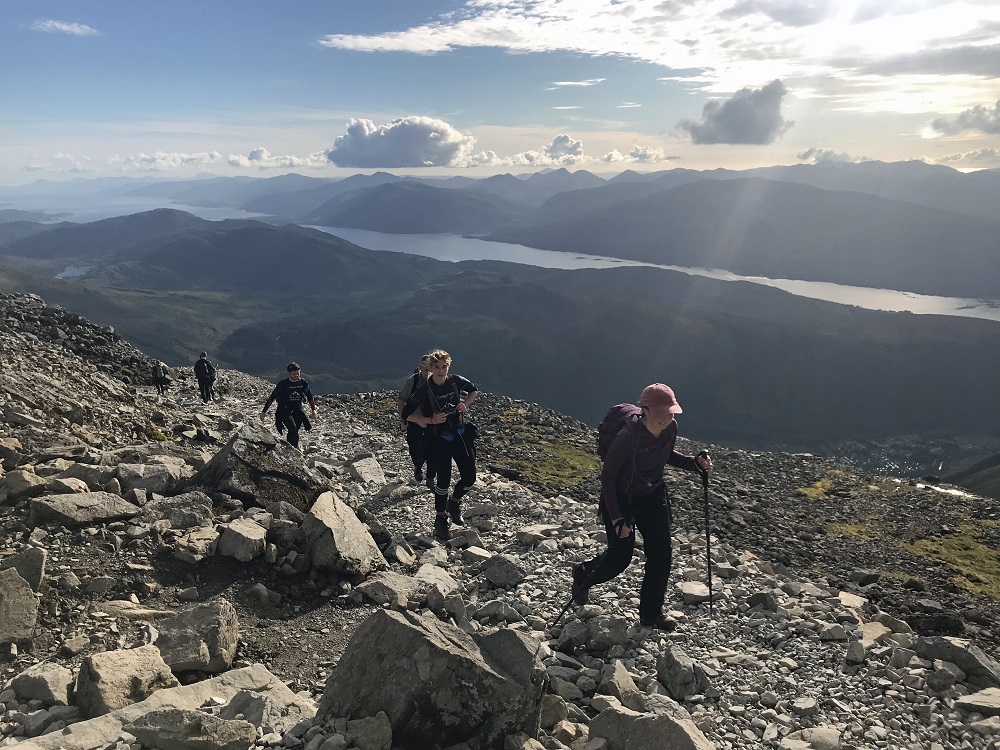