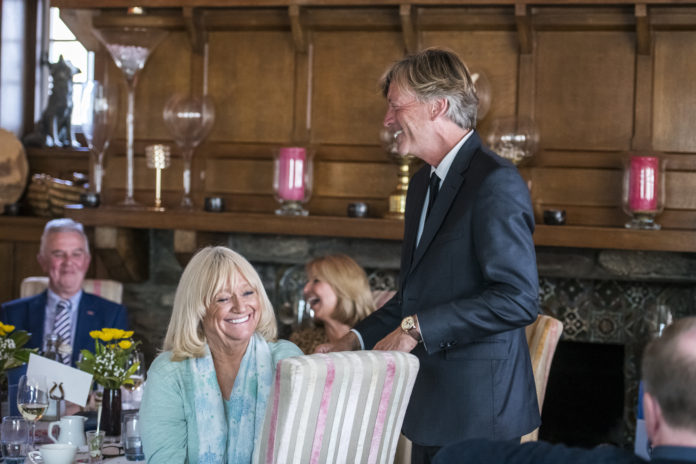 The event, held at and supported by the Talland Bay Hotel in aid of Cornwall Air Ambulance’s New Heli Appeal, featured a seven-course lunch with local food generously donated by suppliers as well as an auction with top prizes including a unique opportunity to have a walk-on role in the next series of BBC’s Doc Martin.

TV stars Richard and Judy shared some anecdotes from their long careers and answered questions from the guests, including their most inspiring interviewees and how they chose the books to include in their hugely-popular book club.

During his talk, Richard Madeley reiterated his and Judy’s support for the New Heli Appeal. He said: “This could not be a more human fundraising appeal. The helicopter could be used by absolutely anybody, so we are fantastically pleased to support this appeal.”