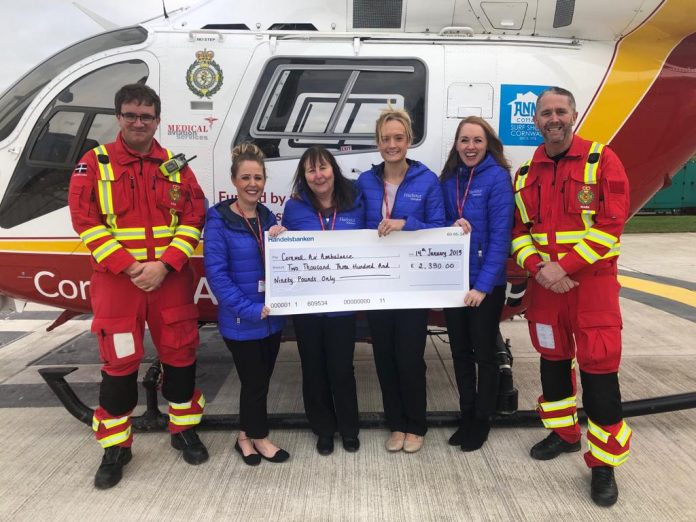 The Padstow-based company has pledged its support to the New Heli Appeal, which is looking to raise £2.5 million to acquire a new, advanced AW169 helicopter for Cornwall Air Ambulance by April 2020.

Harbour Holidays’ founder Jackie Stanley was last year appointed a member of the New Heli Appeal and kicked off the fundraising with a £5k donation. Since then Harbour Holidays has been supporting this cause and has raised a further donation of £2,390 which it recently presented to the Air Ambulance crew.