As the year draws to a close, one chapter ends as another begins at a vital Cornwall-wide charity.

Samaritans of Cornwall at Truro has welcomed a new director and team of deputy directors; the team, who are all volunteers, will serve a three-year term in post.

Every three years at every branch of Samaritans, the director and his/her team steps down to make way for a new leadership team.

Gill Pipkin became director of the Samaritans of Cornwall at Truro in October 2015, following three years as a listening volunteer, a role she continued to fulfil during her directorship.

She has seen important developments to the charity during her term, including a full-scale review of their building at Treyew Road, which led to the decision to relocate in order to be more accessible to volunteers and those who need Cornwall Samaritan’s services.

Pipkin’s final months as director saw her launch a major appeal to raise £200k in order to complete the £625k funding needed to make the relocation happen, which incoming director Sue Wright will now drive forward.

Pipkin explained: “I have greatly enjoyed my time as director of Cornwall Samaritans and know that the charity will go on to do great things with Sue Wright as director.

“I am looking forward to continuing my involvement through my listening duties and playing a key role in raising the final £200k needed to complete our relocation appeal. We are now actively looking for land to purchase in order to build, or a building to convert for our purposes, so 2019 is going to be an exciting year.”

Sue Wright takes over as director following seven years with the charity as an active listening volunteer – which she will continue to do while leading her team of 120 volunteers.

Along with the relocation, Wright has big plans for her term as director, including: boosting recruitment of new listening volunteers and the role played by support volunteers; safely navigating the opening of a satellite branch of Samaritans at Falmouth University site at Penryn; while ensuring continuous delivery of a high-quality service to those who feel suicidal and distressed.

Sue said: “We are extremely grateful to Gill for her dedication and hard work over the past three years. I am excited to be taking over the helm and leading the charity to new pastures. I have a team of passionate and dedicated volunteers and I am proud to direct such an important charity that helps so many people in Cornwall.” 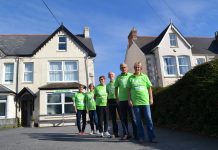 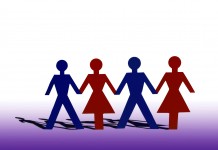 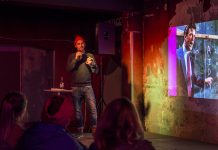