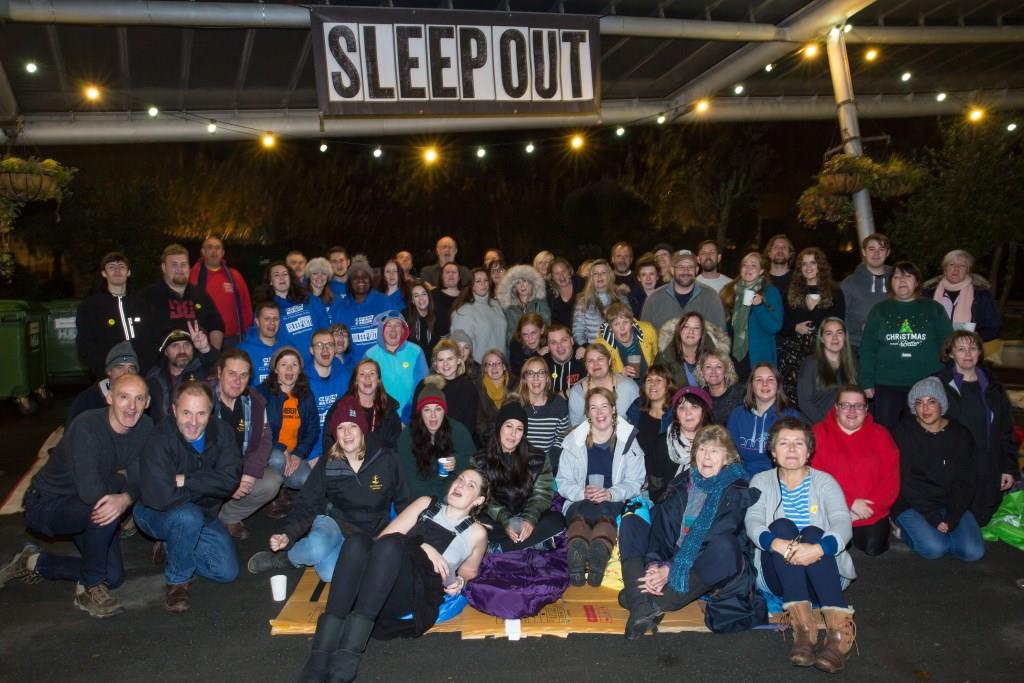 Bedding down on solid ground in paper sleeping bags, they experienced first-hand a little of the discomfort which people sleeping rough endure every night.

Last night’s fifth annual Sleep Out to be held at Eden once again directly supported St Petroc’s Society and the Amber Foundation.

The event coincided with the annual rough sleeper count around Cornwall, which gives a snapshot of the number of people spending the night without a roof over their heads.

This year’s figure is now still being collated. Last year it was 68 and the previous year, 99.

St Petroc’s fundraising manager, Dave Brown, said: “This event not only has the direct benefit of funding the shelter, it also highlights the issue of people who have to sleep rough.

“This is an incalculable benefit not only to people who are homeless but also the people who help them. Without events like this there would be more people on the streets.”

A number of companies had teams of people raising money on the night. Nine from Watson Marlow of Falmouth raised at least £2.3k, to be split between the two charities. Individuals aimed to raise a minimum of £200 each and the company topped up their efforts with a donation.

Jess Rawlings, who project manages Sleep Out for the Eden Project, said: “It is great for us to be able to host an event that has such a direct benefit for homeless people in the south west who are helped by these two wonderful charities.

“The night had a heartwarming atmosphere – it felt special to be surrounded by so many people focused on making a positive impact.”

Sleep Out is part of a nationwide event organised by the End Youth Homelessness campaign (EYH), a national partnership of grassroots charities and companies.

Next year’s Sleep Out will take place at Thursday November 7.