November saw the Cornwall Air Ambulance crew carry out 87 missions to people in need of urgent medical care throughout Cornwall and the Isles of Scilly.

Throughout November a total of 52 missions were flown in the air ambulance helicopter and 35 were carried out using the charity’s critical care cars. 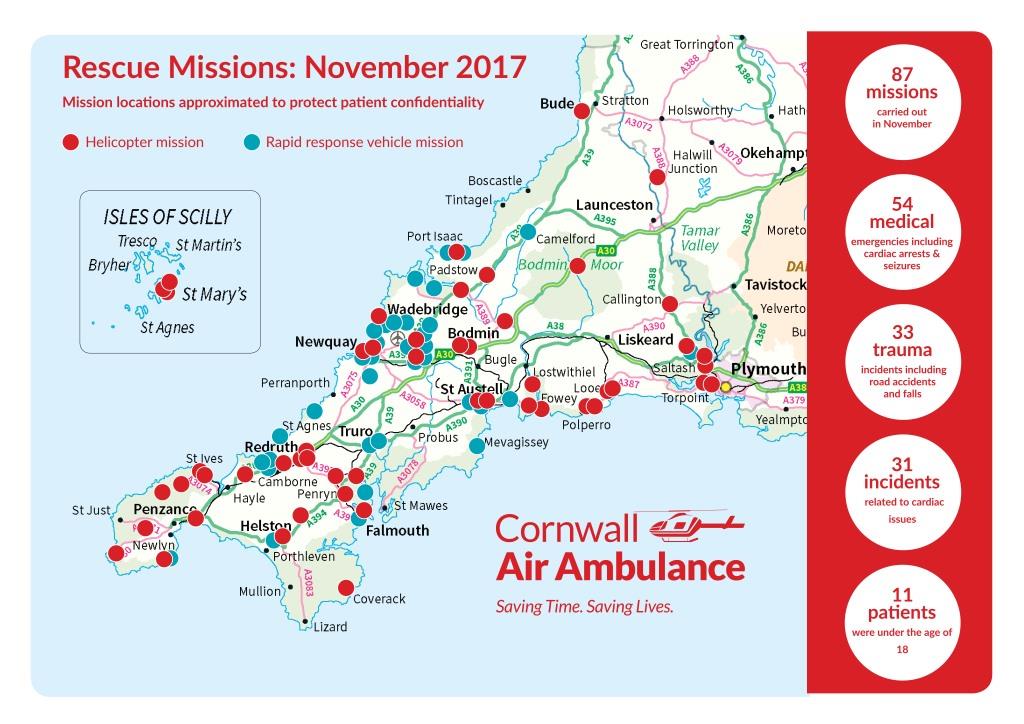 Cornwall Air Ambulance paramedic, Mick Mclachlan, said: “As a charity, we rely on donations to keep the air ambulance flying which means not a single one of the 87 missions carried out in November could have been flown without the support of the people of Cornwall and beyond.

“There are many different ways people can support the air ambulance, from setting up a regular donation on the charity’s website to buying Christmas gifts from one our charity shops. Your support really does save lives.”