Home News by type Charity Sleeping out for charity 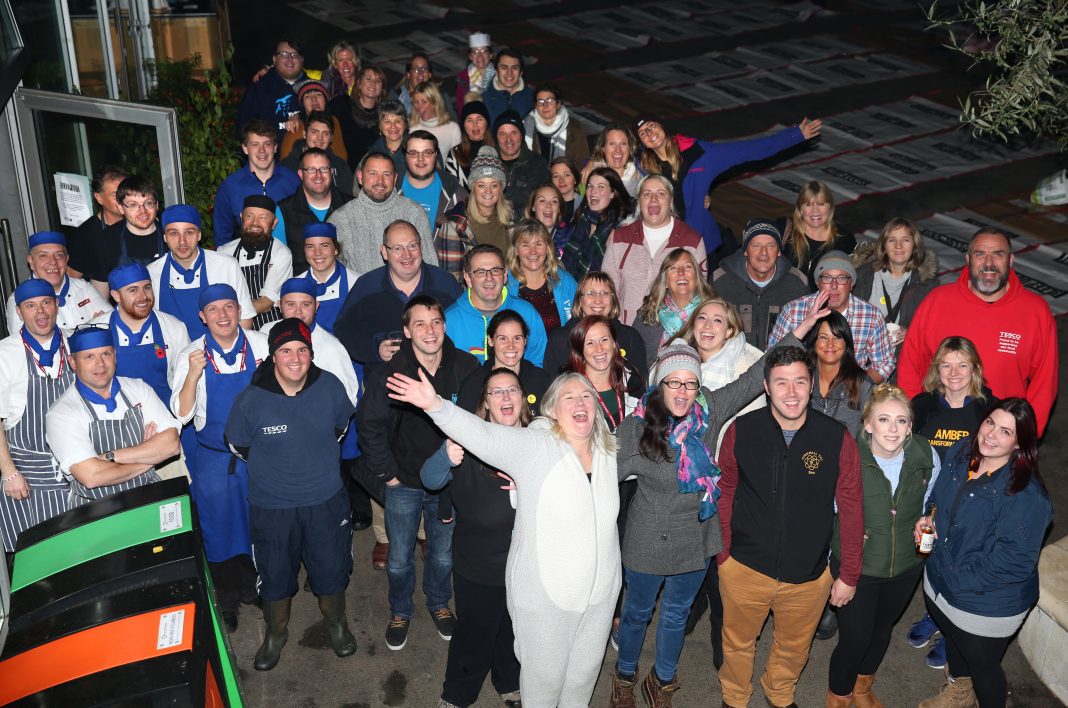 Around 100 people braved a long, chilly night in the open air at the Eden Project last night (November 9) to help raise vital funds for homeless people.

They grabbed as much rest as they could lying on hard ground in sleeping bags under an awning in front of the Eden Biomes.

Sleep Out is a nationwide event organised by the End Youth Homelessness campaign (EYH), a national partnership of grassroots charities and companies.

The aim of the fourth annual Sleep Out at Eden is to raise funds and generate awareness for two south west charities – St Petroc’s Society which helps single homeless people in Cornwall, and the Amber Foundation which has three centres helping young people across the south and south west of England.

Judith Dumbrell, director of finance at St Petroc’s, said: “Money raised will go towards our cold weather provision, which means that we can open the doors of our resource centre in Truro for homeless people to sleep at night from mid-December for two months, the coldest and hardest months of the year.

“Last year we had 59 people access the service in that time and we went on to accommodate 42 of them in suitable accommodation so you can see that just this one event makes a real tangible difference.”