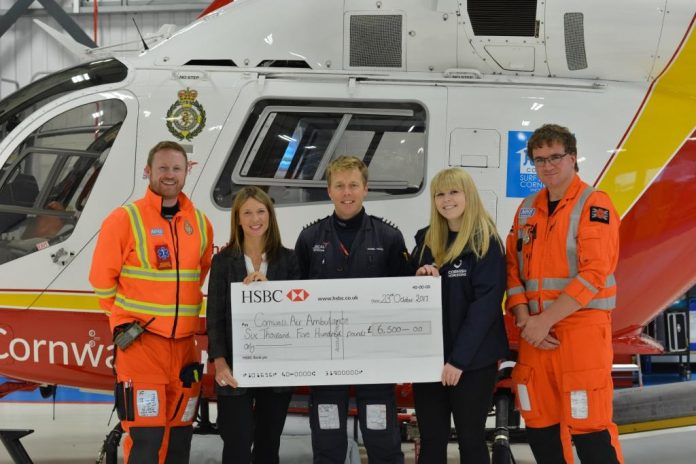 Holiday lettings company, Cornish Horizons, has raised £6.5k in the first year of its new initiative for the county’s Air Ambulance.

The company, which has over 500 cottages throughout Cornwall and offices in Padstow, St Ives, Fowey and Looe, is asking everyone who books a holiday through them to donate £2 towards its nominated charity, the Cornwall Air Ambulance. Since October 2016, this has raised a £6.5k.

General manager, Gemma Brown, said: “We can’t believe how quickly we’ve raised such a large sum of money. It just goes to show how important our guests feel the Air Ambulance is.”