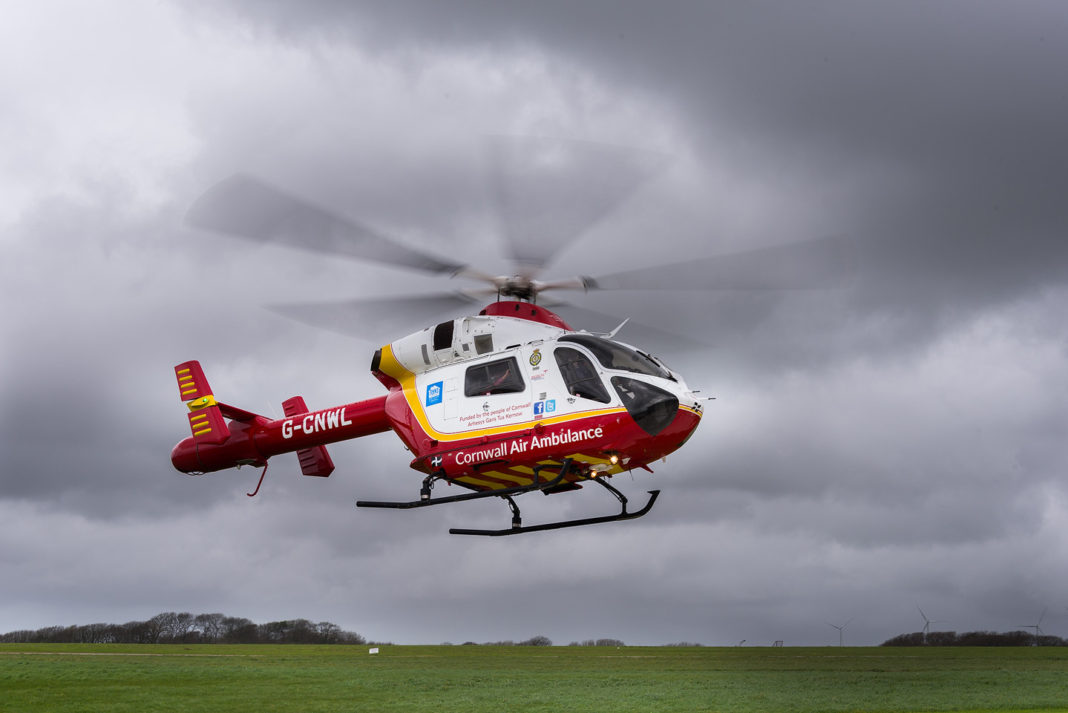 August proved the busiest month of the year so far for Cornwall Air Ambulance with its crew carrying out 91 missions to people in need of urgent medical care.

The statistics are revealed as the charity urges people to ditch their dull clothes and wear something red for Fund a Flight Week (September 11-17), to help raise funds to keep the air ambulance flying.

Throughout August, a total of 81 missions were flown in the air ambulance helicopters and ten were carried out using the charity’s critical care cars.

And as locals and tourists flocked to the seaside, the air ambulance crew was called to 12 emergencies on the coast.

Fund a Flight Week begins on Monday (September 17) and gives people an opportunity to show their support for Cornwall Air Ambulance by wearing something red.

Senior fundraising officer, Becky Wise, said: “You could convince your entire class or office to wear red for the day with each person donating £1. Or perhaps sponsor your boss or teacher to wear red for the week. Together we can turn Cornwall red and help fund the lifesaving work of the air ambulance crew.”