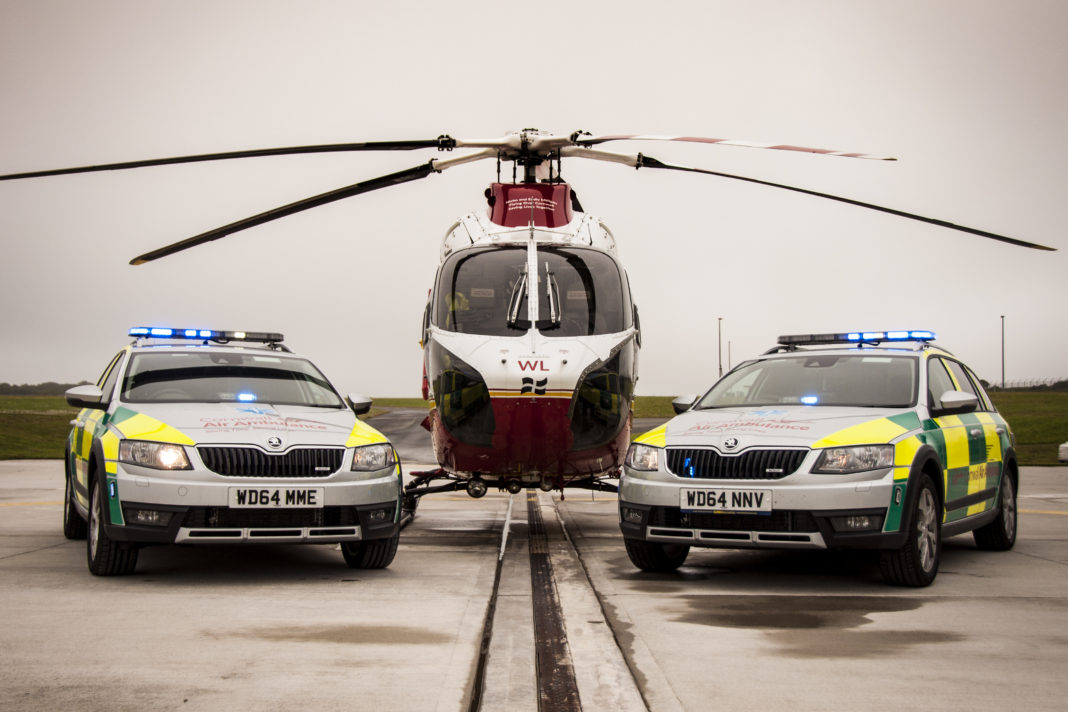 The charity, which relies on donations to keep flying, has released its mission statistics for January to June 2017, to show the people of Cornwall and beyond the difference their support has made in the first half of the year.

During that time, the crew of Cornwall Air Ambulance attended 201 medical incidents and dealt with 180 trauma related injuries. A total of 108 missions involved people suffering from cardiac problems and 42 were to neurological emergencies. 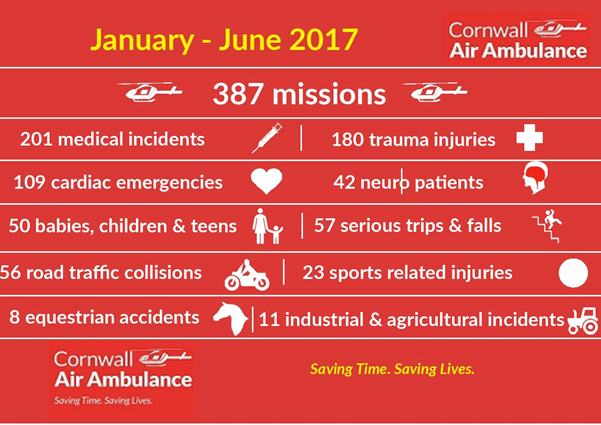 It takes the Cornwall Air Ambulance MD02 Explorer helicopter an average of 12 minutes to fly to someone in urgent need of medical care anywhere on mainland Cornwall and around 30 minutes to get to the Isles of Scilly. From January to June 2017, there were 15 missions flown to the Scillies.

Of the 387 missions carried out in the first six months of this year, 50 were to emergencies involving babies, children and teenagers. And a total of 66 missions were carried out in the Cornwall Air Ambulance critical care cars, which are used when bad weather such as high winds and fog make it impossible to fly.

Chief executive, Paula Martin, said: “It was a busy first six months of the year for Cornwall Air Ambulance and if the missions continue at this rate, we are on course to surpass last year’s total of 774. But the numbers only tell part of the story.

“Behind each mission statistic is a loved one in urgent need of medical care. For them, the sound of the air ambulance arriving truly is a lifeline. But not a single mission could have been flown without donations and support from Cornwall’s residents and visitors to the county. I would urge people to go to the Cornwall Air Ambulance website and use the new Direct Debit service to give whatever they can each month to keep their ambulance flying and saving lives.”