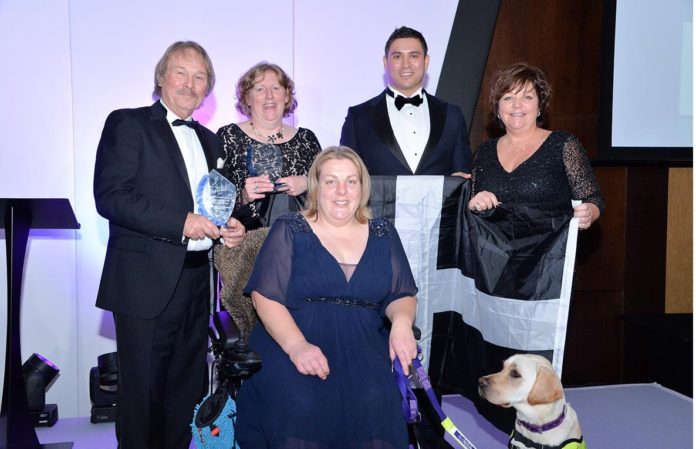 A campaign that helped recruit up to 250 volunteers for Cornwall Air Ambulance has won a national charity award.

The campaign – which involved creating a visual identity for volunteers on the ground whose work keeps the aircrew flying – was developed by Truro-based communications agency MPAD.

Groundcrew beat off stiff competition from other air ambulance charities, including the capital’s ‘Your London, Your Helicopter’.

In making their decision, judges commented they would “not be surprised to see other air ambulance charities develop a similar brand approach to their volunteer programmes in the next year”.

The charity’s volunteer co-ordinator Jackie Eastwood also won an award for Charity Staff Member of the Year for her work recruiting and developing the Groundcrew team.

“We fell in love with this campaign as soon as it was presented to us – it absolutely celebrates the pivotal role volunteers play in keeping the helicopter and its dedicated crew flying. The volunteers are also very proud to have an identity that recognises their work.”

MPAD managing director, Rachel Picken, added: “We knew early on that developing a brand identity and name for the volunteer team was the right move. We came up with a couple of names but Groundcrew was the instant winner.

“Best of all, we’ve been overwhelmed by how successful it has been in making an impact on the organisation – proof that the right approach to marketing and communications can make a real difference.”