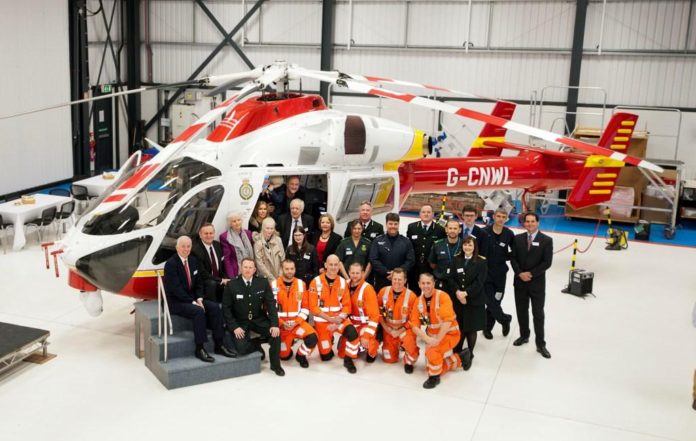 Two new helicopters to serve the people of Cornwall and Isles of Scilly were today (January 12) unveiled before special guests, trustees, staff and volunteers of Cornwall Air Ambulance Trust (CAAT).

Celebrated lyricist, Sir Tim Rice, and Victoria Milligan, who raised over £270k for the Cornish charity in memory of her late husband Nick and daughter Emily, were among the special guests in attendance.

On board each helicopter is a Night Vision Imaging System (NVIS), which together with special training for the helicopter crew, means the air ambulance can extend flying to 12 hours per day, 365 days of the year.

The charity estimates this change could enable the air ambulance to fly up to an extra 50 missions each year.

Lady Mary Holborow, chairman of Cornwall Air Ambulance Trust, said: “I am immensely proud that we are able to provide an even better service to the people of Cornwall and the Isles of Scilly. 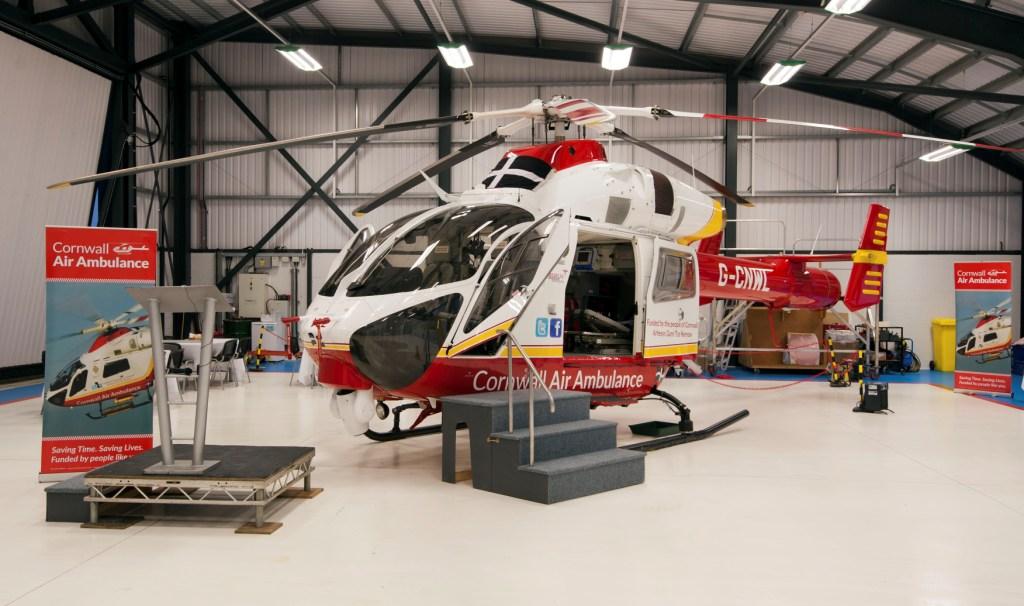 “To be able to fly for longer hours, and for longer distances, with the provision of two helicopters based here in Cornwall is a great achievement for the Trust, and I would like to congratulate everyone involved.”

Attending the event was be Victoria Milligan, whose husband Nick and eight-year-old daughter Emily died after being thrown from their speedboat on the Camel Estuary in May, 2013.

The family have since raised over £270k for Cornwall Air Ambulance – enough to wholly fund the new NVIS equipment which will allow the lifesaving service to fly after dark for the first time.

To commemorate their unprecedented fundraising efforts, an epitaph was unveiled on the new air ambulance helicopter, reading ‘Nicko and Emily Milligan. Flying over Cornwall. Saving lives together’.

The charity will be holding a public open day at the Cornwall Air Ambulance airbase at Newquay airport on February 21 between 11am and 4pm to see the new helicopters and meet the aircrew.