The King Edward Mine Museum is to receive more than £1 million from the Heritage Lottery Fund.

A project to conserve the world’s oldest complete 19th/early 20th century mine site has been awarded £1,121,400 from the Heritage Lottery Fund (HLF) following a successful partnership application from Cornwall Council and King Edward Mine Ltd.

The aim of the project is to conserve all the core buildings at King Edward Mine, on the outskirts of Camborne, and refurbish the derelict Assay Office as a new café and ‘community hub’ and the Boiler House as a new exhibition space to enhance the visitor experience.

The funding announced today will also enable King Edward Mine to employ two paid part-time staff and deliver a programme of events and activities for local schools, families, visitors, special interest groups and volunteers, working in partnership with other community organisations.

King Edward Mine will remain open to the public as normal throughout the project’s building conservation phase, with the new café and exhibition opening in June 2016.

King Edward Mine will be advertising for a part-time site officer later this month and more information will provided on the café franchise opportunity early in 2015 and on the participation officer position at the beginning of 2016.

Julian German, Cornwall Council’s cabinet member for economy and culture, said: “I would like to thank the Heritage Lottery Fund for the award of this grant to King Edward Mine, and also KEM Ltd’s Trustees and other volunteers how have worked in partnership with the Council to achieve this important milestone.”

George Le Hunte, chairman of the Camborne Business Improvement District, added: “Congratulations.  This is fantastic news and will assure the future of King Edward Mine Museum and will also attract more visitors to Camborne.” 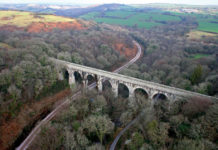 £3.5M in pot for heritage project 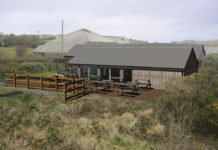 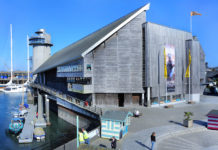 Numbers up at Maritime Museum