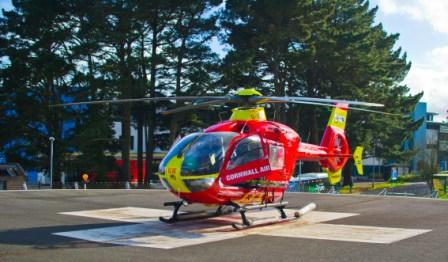 Cornwall Air Ambulance has welcomed the news that rescue charities are to receive VAT relief.

Chancellor George Osborne made the announcement yesterday (Dec 3) during his Autumn Statement and Cornwall Air Ambulance chief executive Paula Martin said: “We’re obviously delighted at the announcement of VAT relief to air ambulance charities; what a fantastic early Christmas present to our supporters.

“This brings air ambulances into line with other rescue charities such as the RNLI, who already receive similar exemptions.

“Clearly the devil is in the detail and until we know exactly what the new legislation will consist of, we won’t be able to say with any certainty exactly what impact this will have on us.

“Ultimately, though, this announcement is good news for our supporters as from April 2015 we estimate somewhere in the region of £80k will be saved in VAT payments, meaning more of our donors’ money goes where it is most needed: to keep Cornwall Air Ambulance flying.”