Renowned DJ Goldie popped into the St Eval Candle Company last week to buy some candles, and ended up carrying out a random act of kindness while he was there.

While doing a spot of shopping, the star – better known for his love of music than his love of candles – kindly agreed to sign a candle for the St Eval Candle Company’s nominated charity – Children’s Hospice South West.

Staff at the St Eval Candle Company factory received a call on Tuesday from Goldie – in town to perform at Newquay’s The Koola – during which he ordered nine huge church candles.

The next day the star – who also appeared in Eastenders and The World is Not Enough as a gangster – popped in to collect them in person on his way to the airport. Browsing around the factory, he got chatting to staff and agreed to sign the candle for the St Eval Candle Co. to auction off for Children’s Hospice South West. The charity provides hospice care for life-limited children and their families across the South West of England.

Ian Greaves, MD of the St Eval Candle Company, said: “He was really very nice, very friendly! We gave him a tour of the factory and he stayed for quite a while chatting to all the staff. And because he was so nice and approachable, we asked him to sign the candle for our charity, which he did without a second thought. We’re very grateful to him.”

For the past few months, the St Eval Candle Company has been offering a candle dipping activity in the factory in exchange for a donation to nominated charity Children’s Hospice South West. And in November they are donating 3,000 pink candles to the charity for their Moonlight Memory Walk and moonlit candle session. The event aims to raise £30k  for their Precious Lives Appeal, which will see them getting a step closer to a new hospice in Little Harbour. 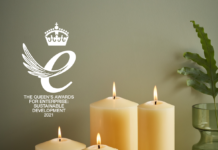 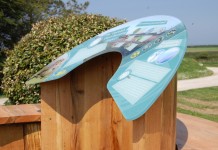 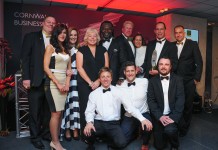