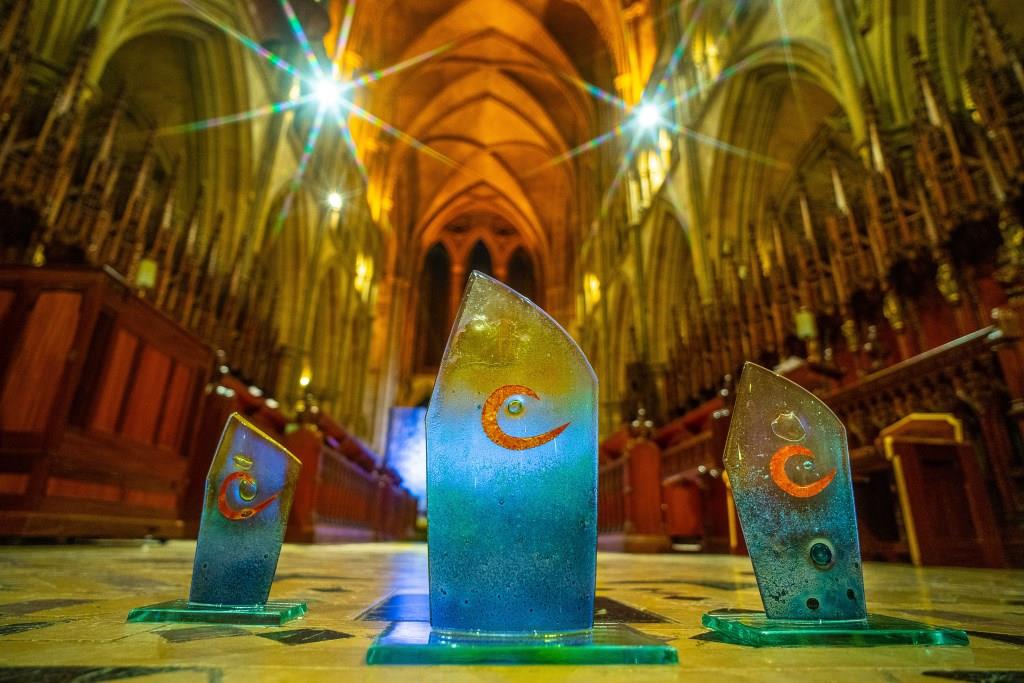 The winners in the 2020/21 Cornwall Tourism Awards have been announced during an emotional and dramatic online awards day.

In an innovative awards day hosted yesterday (Feb 25) over five sessions by Daphne Skinnard and Robin Barker, 74 awards were presented in 27 categories with a final surprise ‘Outstanding Contribution to Tourism’ award being the final announcement.

It was the culmination of an 11-month programme that started last March with entrants judged on a combination of their entry submissions, digital presence, reviews and external evidence.

Among the other top winners was Landal Gwel an Mor, winning Gold for Holiday Park of the Year as well as awards for Access, Small Attraction, Spa and Wellbeing, and Wedding Venue.

Sara’s Cottage was another multiple winner picking up golds for Access and Self Catering, while Mullion Cove Hotel and Spa took gold for Small Hotel and Carlyon Bay Hotel the gold for Large Hotel.

The Old Embassy House took the gold for B&B and Guesthouse of the Year with Polmanter Touring Park and Ekopod taking the final two accommodation golds for touring park and glamping.

The Cornish Seal Sanctuary showed its further improvements taking gold in both the Wildlife Friendly and Dog Friendly categories with Paradise Park also taking two golds for Large Visitor Attraction and Experience of the Year. The Shipwreck Treasure Museum took the Small Attraction gold, with Treseren winning gold for Wedding Venue and St Moritz Hotel gold for Tourism Innovation. It was good to see Falmouth Oyster Festival 2019 taking the gold for Tourism Event of the Year and Visit Newquay Tourist Information the gold for Visitor Information.

Food and drink businesses were also recognised with Teacup Tearoom winning gold for Café/Tearoom of the Year, The Pandora Inn for Pub of the Year (for the 4th year running) and Bango Kitchen the gold for Restaurant and Casual Dining.

Prestigious golds also went to The Sanctuary Cornwall for Ethical, Responsible and Sustainable Tourism, and to Cove24 Restaurant and Bar in the New Tourism Business category.

The awards also recognised five ‘Unsung Heroes’ who had gone above and beyond during 2020.  These were Gary Zammit of Feadon Wildlife Centre, Kim Spencer of SECTA, Patrick Trembath of PK Porthcurno, Robert Hawkins of Martha’s Orchard and Sally Pickles from The Bowgie Inn.

The 19th year of the competition has been run in unprecedented times for tourism, but the focus on excellence and feedback for entrants has remained as relevant as ever.

Awards organiser Robin Barker of Services for Tourism said: “It would have been very easy to cancel the awards this year – we did think long and hard about it, but the level of early entries we received in spite of everything, and the creativity and determination shown by entrants inspired us to find a way to make this happen – and your responses and feedback ever since have completely blown us away.

“The reactions from today’s winners including words such as “overwhelmed”, “heartwarming” and “moments of sparkle” have made it all worthwhile.”

Malcolm Bell, head of VisitCornwall, added: “In what has been an extraordinary year for Cornwall it is refreshing to have something for our excellent tourism businesses to celebrate. Many congratulations to everyone for your ongoing investments in excellence.”

All of the winners will be automatically considered for the regional South West Tourism Excellence Awards later in the year as well as receiving feedback from the judging process.  The 2021/22 awards are planned to be launched in April.