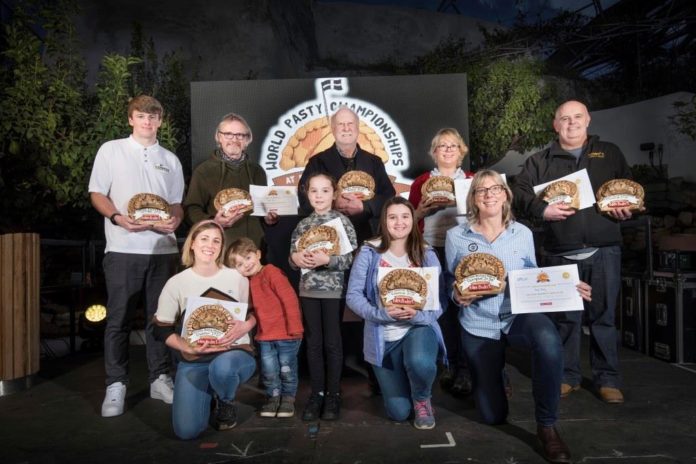 Pasties from Bristol, Sheffield, Plymouth and Cornwall triumph at the World Pasty Championships at the Eden Project at the weekend.

A decorated amateur baker from Bristol took top prize. Vanessa Farr, who won in the Cornish Pasty Amateur category, is part of a dedicated group of friends from the city who have been attending the competition since the first one in 2012.

She bakes her competition pasties in Padstow to ensure they can be defined as Cornish.

Daisy Lovejoy, eight, from Plymouth won prizes in both junior categories. She was victorious in the Cornish Pasty Junior class and came third in the Open Savoury Junior section with a pasty filled with lasagne.

Jodie Heath, 14, from Bodmin added to her impressive tally of five top-three finishes at the World Pasty Championships with a victory in the Open Savoury Junior category with a sweet and sour chicken pasty, her second win.

Another big winner was amateur baker Jan Micallef from Sheffield who took top honours in the Open Savoury Amateur class with a goat’s cheese, pear and walnut pasty.

Rowe’s Cornish Bakers had a strong showing following its Cornish Pasty Company win last year (2019). It was victorious in the Open Savoury Company category with their chicken, leek, potato and onion pasty.

Dave Meneer has been the head judge of the World Pasty Championships every year since the beginning and was given the coveted Pasty Ambassador award for his outstanding contribution to the competition.