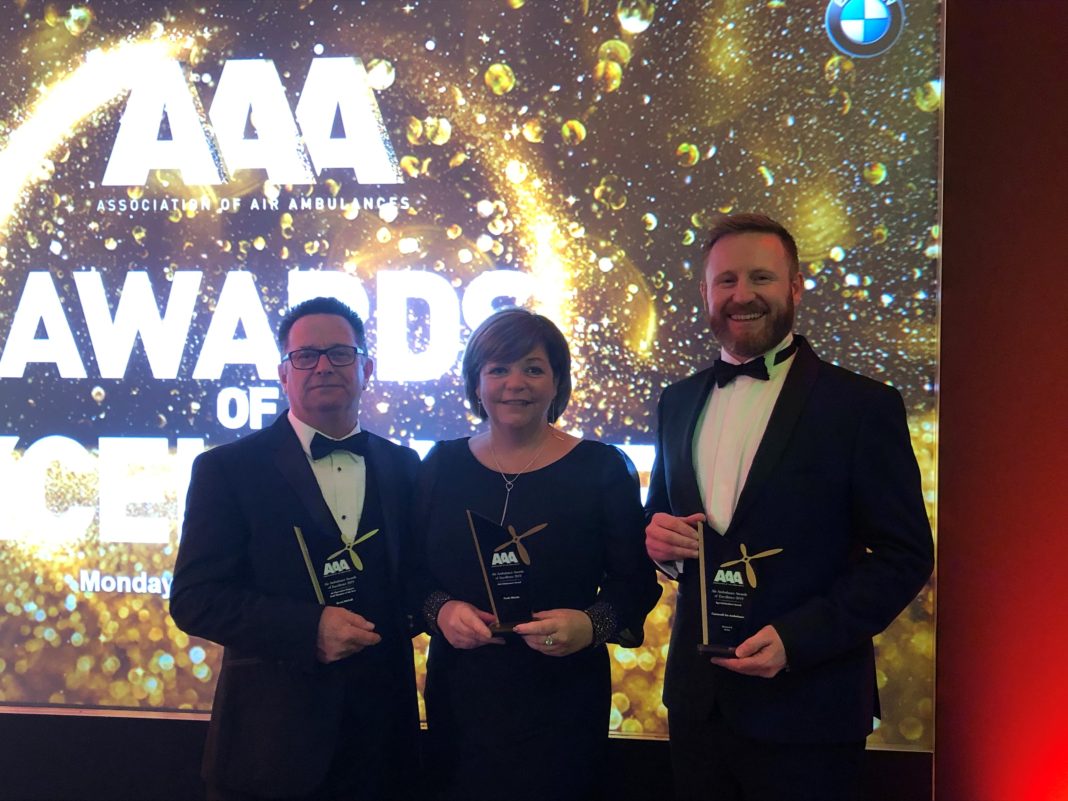 The national ceremony is held annually to celebrate the work of air ambulances across the UK.

The charity’s critical care team were awarded Incident of the Year for an incredibly difficult rescue when three people fell from a cliff at Porthleven. Critical Care paramedics Thomas Hennessy Jones and Stuart Croft attended the incident in May, which involved three critically ill teenagers being airlifted from the beach, in the dark, on the incoming tide.

Kevin McGall, who has worked for the lifesaving charity for a decade, was awarded Air Operations Support Staff Member of the Year, while executive, Paula Martin, received the Chairman’s Award 2019 for the work she carried out as the previous chair of the Association of Air Ambulances, as well as her role within the wider air ambulance sector.

She said: “I thoroughly enjoyed my term of service on the AAA Board, especially as chair over the final 15 months in the lead up to major developments for the association, which my successor is now taking forward.

“It’s an honour to be recognised and given the opportunity to hold a leading role in the air ambulance sector.”