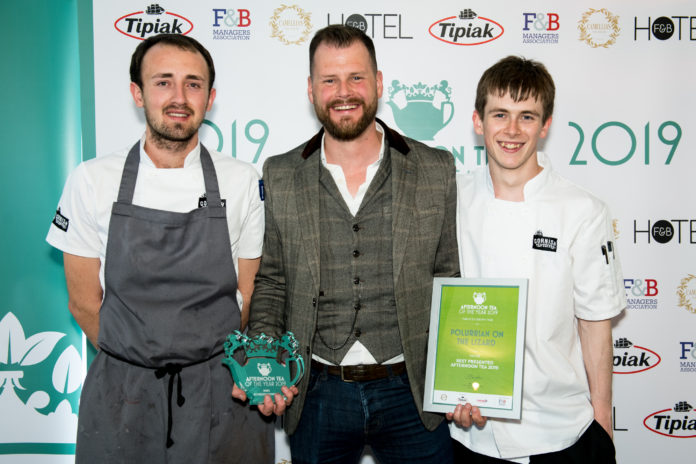 The Polurrian on The Lizard hotel has been awarded Food & Beverage Magazine’s award for the Best Presented Afternoon Tea of The Year.

The hotel was one of 15 establishments (selected from 150 entries) to be invited to the final in London to showcase their afternoon teas and the only one from the south west to be shortlisted.

Deputy general manager, Ricky Dent, said: “We are so proud to have competed against some of the biggest 5-star hotels in the country.

“The Judges complimented us on the provenance of our food, and I believe that this and the fact we draw upon our local area as inspiration for the menu design, really gave us the winning edge.”

The winning afternoon tea comprised a selection of sweet and savoury treats (see below) and was served with a glass of refreshing Camel Valley Brut, Cornish sparkling wine and a cup of Cornish Smugglers Brew Tea. 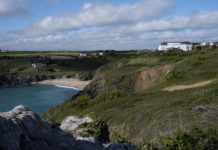 Featured: Polurrian on the Lizard