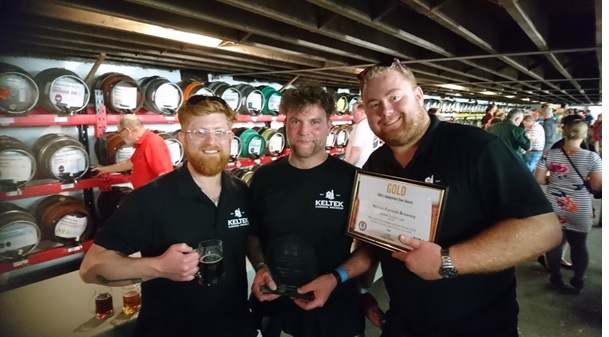 The award, in the Bottle/Can Session Lager & Pilsner category, follows on from Swifties winning Gold at the Taste of the West awards last year.

MD Richard Heath said “We’re absolutely delighted – it’s been a good run of awards for us recently, and to win two separate Gold prizes for Swifties is great. Consistency is something brewers strive for, and I really have to pay tribute to the brewery lads because they’re doing an absolutely brilliant job.”

Other local winners at the awards included Harbour Brewing Company, which collected a hat-trick of Golds in the ‘Bottle/Can Premium Lager & Pilsners’, ‘Bottle/Can Session IPA (up to 4.3%)’, and ‘Champion Bottle/Can Beers’ categories.