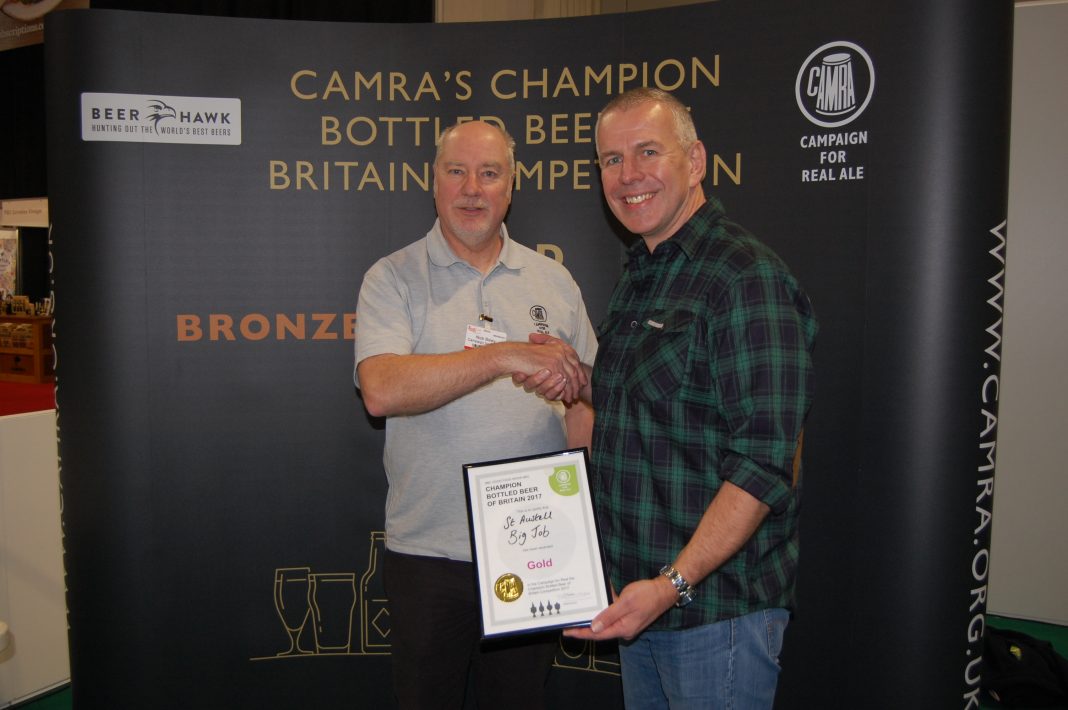 Up against fierce competition from breweries large and small across the UK, Big Job (7.2% ABV) impressed the judges with its “powerfully hoppy”, smooth, citrus fruit taste and hoppy, lemon smell, to take the top prize with Fullers’ Vintage Ale coming in second to take silver and Oakham’s Green Devil IPA winning Bronze.

St Austell head brewer Roger Ryman said: “In a market where there are so many fantastic beers available including two of my own personal favourites – Fullers’ Vintage Ale and Oakham’s Green Devil IPA – it is a huge honour to take home the crown.”

The judging and announcement took place at the BBC Good Food Show at Birmingham NEC, following local voting and regional competitions throughout the year.

CAMRA’s national director, Nick Boley, said: “Congratulations to St Austell for winning the Champion Bottled Beer of Britain award, one of the highest accolades in the beer world.”