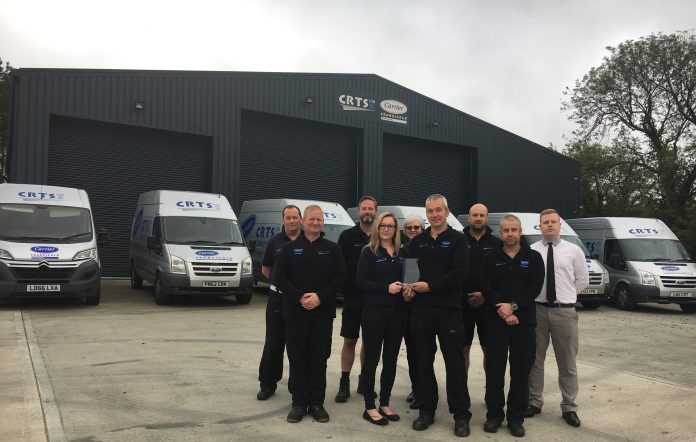 A family-run Cornish company has been named the Transport Refrigeration Service Provider of the Year.

Bodmin-based CRTS Ltd received the accolade at the TCS&D (Temperature Controlled Storage and Distribution) Awards, which were held in Coventry

Since starting CRTS from a small office in his house in 1999, MD Tim Edwards has grown the company to employ nine staff with six engineers operating out of mobile workshops and a new purpose-built workshop in Bodmin.