Last year just after launching her business, Sam Wardman a local specialist photographer grabbed the attention of one of Britain’s best known entrepreneurs and star of the TV series Dragon’s Den, in a single Tweet.

Wardman earned herself the title of Small Business Sunday winner in Theo Paphitis’ Twitter competition. Every week, Theo Paphitis – a retail magnate and British entrepreneur, runs ‘Small Business Sunday’. Between 5pm and 7.30pm every Sunday, small businesses are tasked with tweeting the ex-Dragon, describing their business in one tweet in an attempt to grab his attention.

Paphitis then reviews the hundreds of tweets he receives and chooses his favourite lucky six who are then re-tweeted on the Monday at 8pm. With more than 400,000 followers, a retweet from this well respected businessman is an asset to any chosen company.

Last month, the #SBS Annual Winners Conference took place at the ICC in Birmingham and Wardman finally got the opportunity to meet with Theo who presented Wardman with her winner’s certificate.

Wardman commented: “Winning the #SBS competition was a fantastic launch pad for my business and on the back of this, followers on my social media platforms increased significantly. My business is featured on Theo’s #SBS website and as a winner you have the opportunity to pitch your products and services to all of his group companies. It was great to finally meet Theo as well as fellow winners from across the UK. 2014 was a really busy year promoting my new business as well as carrying out 360 ̊ shoots for clients across multiple business sectors including hotels, holiday homes and holiday parks. I invested a large amount of my time in business networking and ended the year on another high winning “Networker of the Year” at the Cornwall Chamber of Commerce Awards in December.” 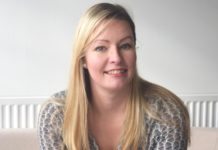 Gummee Glove in the spotlight 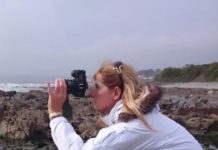