Cornish fashion company Seasalt has won a Queen’s Award for Sustainable Development, the first time ever for a fashion company, and the UK’s highest accolade for business success.

The award recognises the “pioneering efforts” the company has made to the organic cotton industry in the UK, with Seasalt being the first fashion company back in 2005 to gain Soil Association certification for cotton garments. Subsequently the company became the UK’s biggest seller of organic cotton, with over 1.1 million organic garments sold so far.

Seasalt, which is based in Falmouth, is one of Cornwall’s largest employers with 203 people. Joint managing director, Neil Chadwick, believes a key element to its success has been in the way the company has differentiated itself by following a sustainable approach to business.

He said: “Winning the Queens Award is a fabulous recognition of the passion that everybody in Seasalt has for running a sustainable business. As well as our achievements on organic cotton, we are particularly pleased that we were recognised for our community involvement.

“We’re very proud of where we live and being able to promote our local heritage through the sponsorship of sea shanty groups, gig rowing and charities such as Fisherman’s Mission.”

The company, which is still family owned and run by the three Chadwick brothers, Neil, Leigh and David after their father opened the first shop in 1981, runs 15 of its own shops, mails around 1.2 million catalogues across the UK annually, and supplies John Lewis and a further 350 independent retail stockists across the UK, and Japan.

The award recognises the beneficial effects that Seasalt has on raising the profile of the south west across the UK, and in turn tourism. 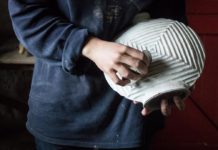 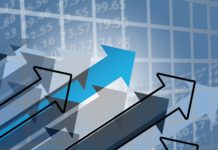