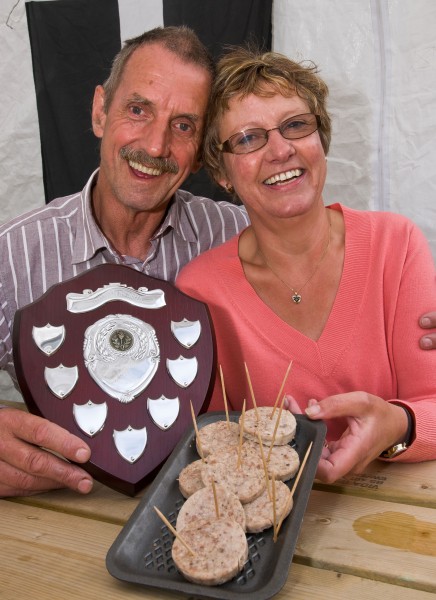 Britain’s most southerly butcher has been voted world champion at the first ever World Hogs Pudding Championships.

The inaugural event, which was held at the City Inn, Truro, on Sunday (June, 6) and believed to be the first of its kind ever held, was won by Retallick Family Butchers from Lizard village.

Aimed at celebrating the forgotten Westcountry sausage the day saw 15 butchers from across Cornwall put their finest hogs puddings to the test.

The day also raised over £500 for Mount Edgcumbe Hospice.

City Inn landlord and event organiser, Brian Wick, said: “It was a fantastic day and a truly great event.

“There was strong competition, but it was a unanimous decision to award the title to Colin Retallick and Retallick Family Butchers.

“Hogs pudding doesn’t get the recognition it deserves so we wanted to do something at the City Inn to raise awareness, as well as help local charity.”

Around 100 people tasted and rated the 15 hogs puddings on offer.