A Cornish recycling company has been named as one of the top five in the country by an industry awards scheme.

The Electronic Waste Company has been recognised as a finalist by the National Recycling Awards for its focus on customers.

The company’s core business is the collection of waste electrical and IT goods from businesses and organisations such as hospitals and schools.

The company then refurbishes and resells items or carefully removes working components from items which cannot be repaired.

Anything which cannot be reused is recycled; nothing the company processes is sent to landfill.

The Electronic Waste Company’s CEO, Damian Lambkin commented: “The news of this award is a huge boost for the team. Recycling is becoming an increasingly competitive industry; there are thousands of companies now in the marketplace and so to be named as one of the top five is absolutely amazing.”

The Electronic Waste Company, which was formed in 2006 as an offshoot of a small Falmouth based computer repair business, has nearly doubled revenues each year.

It now employs 20 people with a turnover set to exceed £1.5 million this year.

The ultimate National Recycling Awards winners will be announced at the Park Lane Hilton in London on July 15. 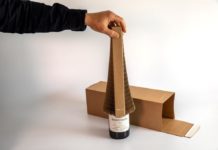 Flexi-Hex in the running