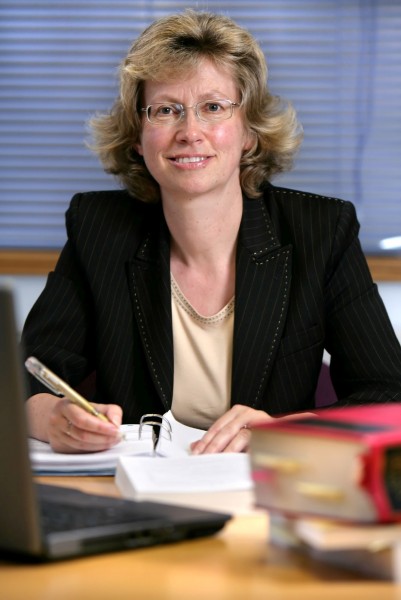 A top family law partner with Cornwall law firm Stephens Scown has been awarded Honours in a new international guide, ranked alongside some of the best legal talent in the country.

Liz Allen is the only lawyer south of London to be named in the Honours category of the 2010 Citywealth Leaders List, due for publication in February next year. She has been identified for the second year running as a leading family and matrimonial lawyer.

Allen represents clients across the region and has been given the accolade as a prominent and most highly regarded individual in the fifth annual directory.

The Citywealth Leaders List is compiled through recommendations of global peers and private clients. It deals with those considered to be some of the wealthiest individuals in the UK and their advisers and managers.

Commenting on her achievement, Allen said: “I am personally delighted to have been recognised in the Honours List. It is a prestigious accolade and to be ranked alongside some of my most respected peers nationally is fantastic.”

Andy Steele, chief executive at Stephens Scown which has offices in Truro and St Austell, said: “This is a superb achievement and an outstanding endorsement of the top-class service that Liz and the family team give all their clients.

“There is no other lawyer south of London to have been recognised in this way and this clearly demonstrates that we have great legal talent here in the south west – it proves that clients do not need to look outside the region for top quality advice.”

The Citywealth listing is the latest accolade for Allen and the family law team at Stephens Scown.

In the latest edition of Chambers, the highly respected independent guide to the legal profession published last month, she was described as a lawyer with ‘a significant following’ who is a ‘resolute advocate who is prepared to fight on her client’s behalf’. Her team was commended for handling complex financial cases that often involve companies and trusts.

Allen and the team are also ranked in the top tier across the whole of the south west in the Legal 500, another independent legal guide, and Liz appears in the directory Legal Experts.