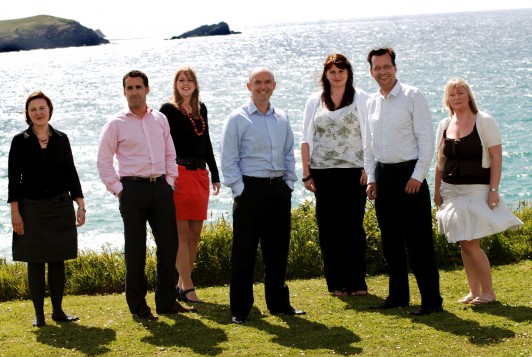 Cornwall based public relations agency Deborah Clark Associates (DCA) has been shortlisted for five prestigious industry awards, it has been announced today.

The annual PRide awards, led by the Chartered Institute of Public Relations (CIPR) – the professional body for the PR industry – recognise outstanding success and achievement.

DCA, which serves clients from Land’s End to Gloucestershire, has been shortlisted in the West of England Awards for its work in the following categories:

Ryan Martinez, Senior Account Manager at the Bodmin-based agency, has also been shortlisted for Young Communicator of the Year, a title currently held by DCA colleague, Shelley Fletcher who won it last year.

The news comes after an exciting few months for the company, which just launched a new website (www.dca-pr.co.uk) and has recently celebrated a successful first year under new management, following a management buy-out by co-directors Jason Clark and John Casey.

The last 12 months have also seen the company win a number of new clients across the private and public sector.

With over 1,500 entries nationwide across all categories and a rigorous judging process from a national panel of industry experts, DCA co-director Jason Clark said he was delighted the company was shortlisted in so many categories.

“We’re thrilled at being shortlisted for five CIPR PRide awards which means we have been judged by our peers as among the very best agencies in the region. I’d like to thank the whole DCA team for their outstanding work, and our clients who continue to give us such whole-hearted support.”

Ann Mealor, CIPR Acting Director General, said: “This year more than ever, consultancies and organisations entering the PRide Awards want to spotlight their achievements – and being a PRide finalist does just that. Having gone through rigorous judging to reach the shortlist is a great achievement and I offer my congratulations to all those who have reached this stage of the competition.”

DCA will attend a prestigious presentation dinner in Bristol in November where the winners of the CIPR PRide West of England Awards will be announced.