Aspects Holidays, which has over 200 holiday homes, cottages and apartments throughout St Ives and West Cornwall has become the first holiday cottage company in the county to achieve the Investors in People Standard.

The holiday home specialist, which celebrates its 20th anniversary in October and employs 15 people from its offices in St Ives and Hayle, achieved the IIP standard following 18 months of development which has seen the company expand to new purpose built offices and grow its property portfolio.

IIP assessors praised the company for its focused approach to supporting staff on a day-to-day basis and through their ongoing development plans, its positive approach to teamwork, and the management structure, which encourages everyone to have an input into the development of the company.

Aspects proprietor Jennie Smith, who launched the company, said she was delighted that Aspects had become the first holiday home company in Cornwall to achieve the standard.

“It has been an extremely busy two years in terms of the development of the company, which has seen us move to new head offices, grow the team and put the structures in place which will help the company grow further, and we felt it was important that we went for the IIP standard which we are delighted to have achieved.

“The growth and success of the company has been built on the quality of the people we have here and putting the right structures in place has been important and beneficial for our team and the company,” added Jennie.

“It is also important for the owners of our properties that they have the confidence to know they are dealing with a company which has the experience and systems in place to generate regular bookings for them,” she said.

According to Aspects Holidays, 2009 is already proving to be a very successful one with increased bookings from both UK and overseas visitors, despite concerns about the impact the recession would have at the start of the year. 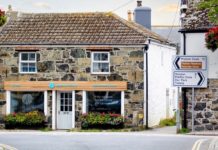