The Norway Inn, has  won national recognition for its commitment to sourcing its meat and poultry ethically.The Perranarworthal pub is the only food outlet in the South West to be put through to the national final in the RSPCA Good Business Awards, in the pubs category.

It’s the second year running for the St Austell Brewery pub, which last year scooped the top accolade. The Norway Inn will hear whether is has retained the title at an awards ceremony in London in October.
The RSPCA Good Business Awards recognise food outlets with a good business approach to animal welfare and are open to restaurants and pubs across the country.

Alan Poole, landlord of the Norway Inn, said: “We’re delighted to be shortlisted for the second year running. Last year to go on and win was fantastic, but just to be shortlisted again is a great achievement for the whole team.

“We have an ongoing commitment to using only locally reared animals and keeping transportation to a minimum. We make a pledge to visit the farms and premises they use, and communicate our policies with our pub customers, so it’s great to be recognised for the efforts we go to.”

David Bowles, Head of External Affairs for the RSPCA says: “The economic downturn doesn’t seem to have affected ethical consumerism and there is still a real demand for cruelty-free produce. It is great to see restaurants, regardless of their size, striving to implement exceptional welfare standards. Companies, such as those on this year’s shortlist, deserve our recognition as they set the standard for others to work towards.”

The RSPCA Good Business Awards gala ceremony will be held at One Marylebone, London on Wednesday 7 October 2009. 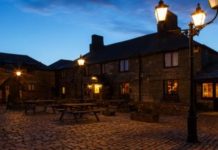 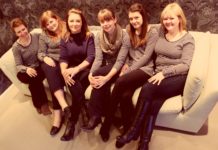