An innovative Saltash company has been crowned Cornwall’s Business of the Year, as the cream of the county’s companies were rewarded at the Cornwall Business Awards last night.

Composite Integration took the coveted overall title alongside the award for Business Innovation of the Year in recognition of its groundbreaking work in creating new, environmentally-friendly methods for precision-moulding large plastic components.

The presentation was witnessed by 300 of Cornwall’s business and public leaders, who crowded into St Mellion International Hotel, Golf and Country Club to see the winners revealed and hear some well-chosen words of advice from straight-talking jewellery magnate Gerald Ratner.

While most parts of Cornwall had local representatives among the winners, Newquay had particular reason to celebrate. International medical filter leader Pall (Newquay) added the award for Business Improvement Through People to its haul from 2008, while Errant Surf Holidays’ founder Chris Thomson was named Cornwall’s Young Business Person of the Year.

Camborne and Redruth were also among the prizes:  TRAC Services’ Sarah and Jonathan Trethowan jointly won Business Leader of the Year, and Lyn Thompson, whose Milkwood Publishing grew from a kitchen table enterprise to start the successful Whistlefish gallery chain, took home the Entrepreneur of the Year award.

Past winner TJ International of Padstow showed consistency by reclaiming the award for Best Use of Technology and colourful toy manufacturer Marbel was awarded Best Growth Strategy.

Run by the Cornwall Development Company in conjunction with Business Link and the South West of England Regional Development Agency, the Awards were judged by such high-profile figures as the Eden Project’s Tim Smit and Virgin Atlantic CEO, Steve Ridgway. 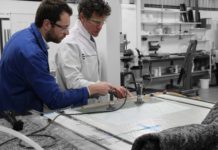 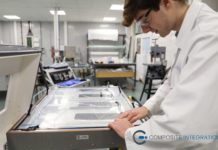