St Mellion International Resort has been named one of the best 100 golf courses in the UK, just five months ahead of its official reopening following a £20m redevelopment by owners Crown Golf.

The new hotel at the famous resort in Saltash, Cornwall, will open its doors in June after the multi-million pound golf course, clubhouse and hotel redevelopment – a fact recognised in its inclusion in the ‘Golf World Top 100’, one of the most widely regarded course guides in golf.

The venue is home to the highly-regarded Nicklaus Signature Course, the first to be built in the UK by 18-times major winner Jack Nicklaus, which has been extensively upgraded; and also the remodelled and extended Kernow Course.

“We are delighted that the Nicklaus Signature Course at St Mellion International Resort is back in the Golf World Top 100 UK Courses guide,” said Crown Golf CEO, Stephen Lewis.

“To feature alongside legendary courses like St Andrews and The Belfry shows just how highly St Mellion is rated as a tour-quality venue by the golf industry and reflects the enormous amount of work that is going into making it the most prestigious golf resort in the South West.”

Major upgrades have been made to the Nicklaus Signature Course and Kernow Course; a new four-star standard hotel has been built, equipped with leisure and spa facilities; while dining, hospitality and function facilities have all been significantly upgraded.

This extensive redevelopment of St Mellion International Resort, combined with its inclusion in the Golf World Top 100, is set to further establish Cornwall as a golf hotspot with both UK golfers and overseas tourists.

Despite the announcement this week of the postponement the English Open, due to be held at St Mellion International resort in August, until 2011, Crown Golf remains positive that their redevelopment of the venue will be a major boost to the region.

Added Mr Lewis: “We are delighted that Crown Golf’s own £20 million rebuilding and refurbishing hotel and course renovation project is progressing well, and that the landmark hotel with 80 rooms will officially open in June.

“We have a long term agreement with The European Tour to host The English Open but unfortunately like many companies the credit crunch has created additional challenges for the third party developers engaged in developing the non-hotel golfers’ accommodation at St Mellion.

“A two year postponement provides a good time frame for all work to be completed and we have reiterated our commitment to The European Tour to host The English Open from 2011. We appreciate The European Tour’s assistance in working with us.”

The English Open will return to The European Tour International Schedule in 2011.

Keith Waters, Director of International Policy of The European Tour, said: “The two year lead-up will enable Crown Golf to progress the project to the high standard both they and us demand for our players.”

St Mellion International Resort is ranked #100 in the Golf World Top 100 Golf Courses in the UK, returning after a six year absence. 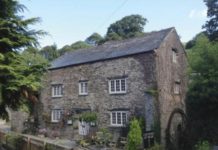