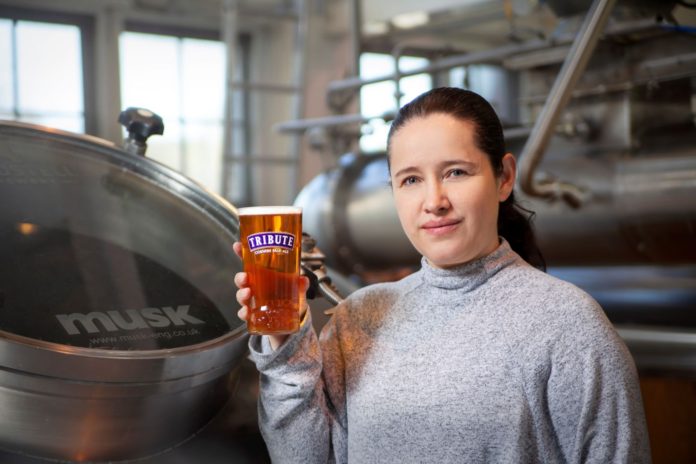 Leather’s role will be to ensure the continued quality and consistency of the brewery’s brands, including Tribute Pale Ale and Proper Job IPA.

Leather – who previously worked in St Austell Brewery’s quality team between 2005 and 2011 – is one of the UK’s most experienced female brewers.

In the past nine years, she has worked as Skinner’s head brewer, head of brewing services at Campden BRI and brewing production manager at Brains in Cardiff.

She was born and grew up in the Colombian capital of Bogota. While living in South America, she worked in quality for a chocolate company and a coffee federation. She is also director of her own best-selling rum business. Rathlee golden barrel aged rum is distilled in Latin America and blended with Cornish water.

Brewing director, Roger Ryman, said: “I’m delighted to welcome Paola back to Cornwall, following her stint at Brains brewery. Paola has a broad breadth of knowledge and experience – in beer and beyond – and we feel lucky to have her back in our team again.”