The Isles of Scilly Steamship Group has announced new appointments and changes to a number of key roles within its senior team.

Captain James Struthers has been appointed as head of marine operations and Andy Daintree is set to take on the role of head of island businesses and freight services, based on the islands.

With 26 years’ service in the maritime industry, both seagoing and ashore, Captain Struthers has held a number of leadership positions with large blue chip organisations including BP and ConocoPhillips PLC.

Daintree joined the Isles of Scilly Steamship Company in July 2014 to run Nike Engineering and has since also taken on management of the organisation’s most recent acquisition, Island Carriers.

Rob Goldsmith, CEO of the Isles of Scilly Steamship Group, said: “I am delighted to announce these two senior roles and I’m confident that together they will introduce a number of positive changes as we enter the next phase of the company’s development.

“We are delighted to attract someone of James’ calibre to the Steamship Group and very pleased that he shares our enthusiasm for the critical community-based lifeline services provided to the Isles of Scilly.” 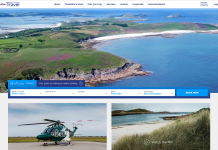 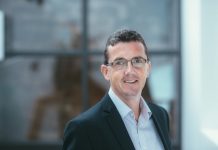 New board member at Steamship Group