The new man in charge of Flambards says he is relishing the challenge of running one of the West Country’s best-known visitor attractions.

Richard Smith took over as general manager of the Helston theme park earlier this year.

Since his appointment in January he has been hard at work preparing the park for the start of its new season next month.

Based in Cornwall for more than a decade, he has a wealth of experience working within the visitor attraction industry having previously worked as operations director of Blue Reef Leisure, owners of the Blue Reef Aquarium in Newquay.

He said: “Flambards is such a familiar name and has been a key part of Cornish tourism ever since it first opened back in 1976.

“For me to now have the opportunity to be part of the team here at Flambards really is a dream come true. My aim is to build on the park’s many successes providing a whole new generation of visitors an amazing day out and encourage existing visitors to come back again and again.”

Flambards will fully re-open to the public on Saturday, April 5. 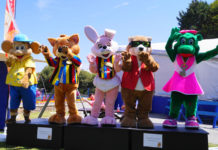 Busy Whitsun on the cards 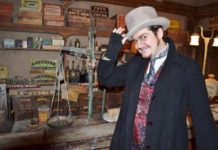