A Truro firm of architects has kicked off 2014 with an expanded team.

CAD Architects, which has recently relocated to Lemon Street from Penryn, has appointed two new practitioners and promoted two members of the existing team.

Sam Mayou and Steve Whomersley have both been promoted to practice associate, having worked at CAD Architects for 15 years between them.

The firm also welcomes Jeremy Bradley, a registered architect who for the past three years has been running his own practice, JFB Architecture.

Meanwhile, Sally Jones, will be joining the team in the role of architectural assistant role. She is currently completing her diploma in architecture at Oxford Brookes.

“We wanted to acknowledge the loyalty and commitment that Sam and Steve have shown over the years by awarding them practice associate status.

“We believe that Jeremy has a great deal to offer CAD as a qualified architect and proven job winner, we are looking forward to introducing him to the wider business community.” 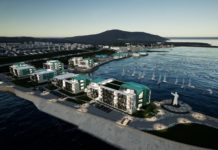 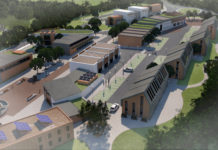