Dr Moodie, 40, who began his teaching career at Clifton College in Bristol, is currently director of studies at Wycombe Abbey School in Buckinghamshire, where he has been since 2009.

“I am honoured and delighted to be appointed the new Head of Truro High School for Girls,” said Dr Moodie. “I am very much looking forward to moving to beautiful Cornwall with my family and getting to know the pupils, parents and staff of the school.”

Dr Moodie and his wife, Vanessa, are originally from New Zealand. Dr Moodie came to the UK in 1998, having been awarded a scholarship to read for a PhD in Classics at the University of Bristol.

Dr Moodie will be taking over the headship from Caroline Pascoe, who has been at Truro High School for Girls since 2009. She is leaving the school to start a new appointment at Haberdashers’ Monmouth School for Girls in April 2014.

Marcia Smith, currently deputy headmistress, will be stepping into the role of intermediate head until Dr Moodie joins in late summer. 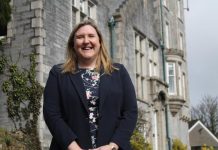 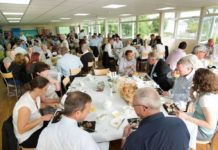 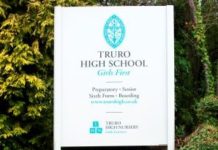