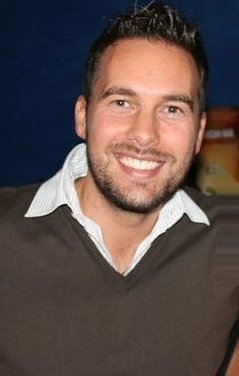 Pirate FM has cemented its position as the only commercial radio station to broadcast from Cornwall by appointing a Cornish Programme Controller to oversee output.

Neil Caddy was born and raised in Camborne and will already be a familiar voice to listeners of Pirate FM’s Breakfast Show.

“We were pleased to be able to recruit for this key position locally, since it underlines Pirate FM’s belief in the talent and experience that we already have in Cornwall. At a time when other radio stations are filling their schedules with presenters from London or Exeter we are proud to be different – and thousands of listeners continue to agree with us.”

Neil joined the Pirate FM Accounts Department after retiring from being a professional athlete. He finally managed to secure a regular slot presenting the evening show in 1999 and since then Neil has done everything from scheduling the music to the commercials. His promotion will mean he oversees all output on the radio station in addition to presenting the Breakfast Show.