The Land’s End Hotel reopens next week with a new management team in place and a major refurbishment having just been completed.

More than £250k has been invested in the three-star hotel, with renovations to the restaurant, lounge bar and reception area. After extensive work having taken place since the New Year, the hotel and restaurant will open for the 2011 season on Monday (March 7).

Wood joins Land’s End after 17 years in Belize and Guatemala, where she was managing director of film director Francis Ford Coppolla’s luxurious resorts.

Brennan has been in the industry for 20 years, has spent the past three years as head chef at the Falmouth Hotel.

Baker worked alongside Brennan for the past three years as the restaurant and banqueting manager at the Falmouth Hotel. She has also worked at the Tresanton Hotel in St Mawes and Seven in Truro.

The contemporary makeover has been designed by Absolute, the company which has worked on the St Moritz Hotel, The Hotel at Watergate Bay, Jamie Oliver’s Fifteen Cornwall and Mannings.

David Bryans, general manager at Land’s End, said: “I’m delighted to welcome our new management team on board, who between them have a wealth of experience running top-quality hotels and kitchens.” 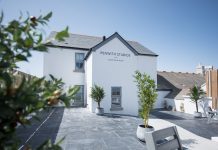 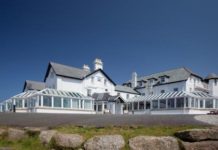