British International Helicopters (BIH) has appointed a new director of operations at its Penzance headquarters.

The position includes responsibilities for all of British International’s operations which include the Falkland Islands and Plymouth, as well as the company’s scheduled Isles of Scilly services based at Penzance.

Austin Craig, previously a senior pilot within the company, will oversee more than 40 aircrew and a fleet of seven aircraft operating across British International’s bases.

He commented: “I’m immensely excited about this new position and ensuring that we continue to operate safe and reliable services. This is an industry that I love, that I’ve spent most of my aviation life in, and it’s fantastic to be working with such a talented and committed team of aircrew, maintenance and support staff.”

British International operates 12 daily services between Penzance, Tresco and St Mary’s on the Isles of Scilly and is the longest running helicopter scheduled service in the world.

The company’s Falkland Islands arm is based at RAF Mount Pleasant, and carries out passenger transport and other logistics operations for the Ministry of Defence on the Islands. Additionally the company is operating to support the current offshore oil drilling programme around the Falklands.

Although day-to-day maintenance is carried out at the base, for major engineering work the helicopters are transported almost 8,000 miles back to the Plymouth. Later this year this major maintenance facility is moving to Newquay Airport due to re-development of the existing hangar facility by the operator of Plymouth Airport.

Craig will also look after the Plymouth base, transporting Royal Navy personnel from Plymouth out to vessels at sea. 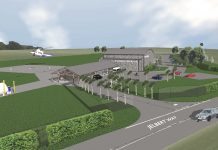 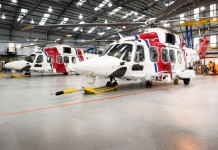 From Newquay to the Falklands