A business specialising in environmental hygiene – particularly Legionella compliance and swimming pools – has seen its turnover increase by almost 300% after employing a graduate under the Unlocking Cornish Potential scheme.

Nicky Dines has just finished her one year placement as office manager at QES, in Victoria, but is being retained by the company.

A combination of the streamlined Human Resources (HR) systems she introduced freed up senior managements’ time to refocus on business growth. This has meant that QES is now playing to all the strengths of its team and boosting the capabilities of the company.

QES MD Mike Quest said: “Before we took Nicky on, we had lost a large contract and thought we could be facing our last year in business. But now we are realising our full growth potential and this is only possible because of the systems she has put in place.”

Dines graduated from Cornwall College with a BA in Business Administration and was immediately placed with QES. She said: “UCP has enabled me to stay in Cornwall, and utilise the skills and knowledge gained from my degree, while providing support during my first year in my chosen field of work.”

Since she began in July 2008, QES turnover has almost tripled and is forecast to increase even further in the coming months and staff numbers increased from six employees and two directors to 18 employees and three directors (Spencer Culley joined in 2008 as the third director).

Sue Hook, Nicky’s mentor and owner of Sapience HR, added: “Nicky has put in place very sophisticated systems for a company of this size. They are sound processes which can stay in place however large the company becomes.” 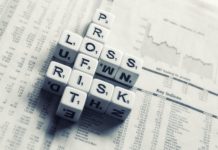